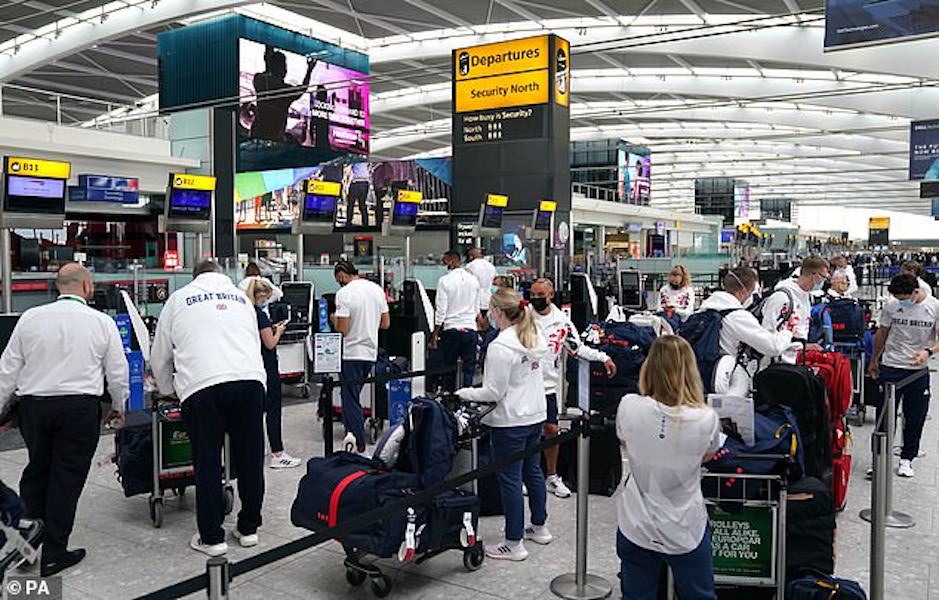 Six Team GBtrack and field team athletes are isolating after a passenger on their flight to the Tokyo Olympics tested positive for Covid-19.

Two members of staff have also been affected.

The group were on a flight that landed in Japan on Friday.

The news comes as a huge blow ahead of Friday’s Opening Ceremony and raises further questions over the decision to host the Games during a pandemic.

It is thought that those affected may be able to train should they return two negative tests in 48 hours.

A spokesperson for the British Olympic Association said: “The BOA can confirm that six athletes and two staff members from the athletics team, who through no fault of their own have been identified as close contacts of an individual – not from the Team GB delegation – who tested positive for COVID-19 on their inbound flight on 15 July 2021.

“This was identified through Tokyo 2020’s reporting service and the group have since started a period of self-isolation in their rooms at the BOA’s Preparation Camp, in line with Tokyo 2020’s Playbook protocols.

“The group all tested negative at the airport and have continued to test negative upon arrival into the country. They are under the supervision of the Team GB medical team, led by Chief Medical Officer Dr Niall Elliott.”