In Bauchi, 70-year-old Man, Two Others to Die by Stoning over Homosexuality 36 mins ago 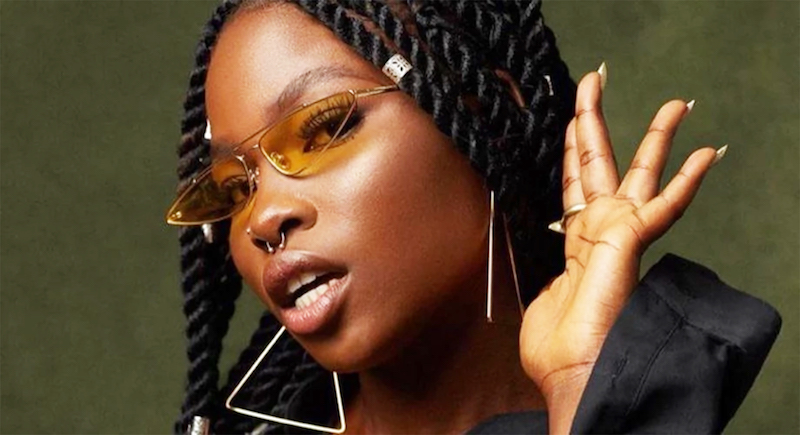 It was a delight to see Aristokrat Records unveil the new artiste to their ranks, a female powerhouse named Ria Sean. The label made this known via its official Instagram page a day before she dropped her new single titled ‘Lemonade’ on Thursday, June 3, 2021. The label expressed its excitement at having Ria Sean, a talented singer who has been buzzing underground awhile. It also implored fans to check out her latest single, “Lemonade” which is gaining airplay already.

The statement on Arisokrat’s Instagram page reads, “Welcome Queen @theriasean to the @aristokratrecords family. We are excited to share all the great things you’ve been working on with the world. Everyone please follow @theriasean and support this young Queen on her journey and click the link in my bio to stream her latest single ‘Lemonade.’” Ria Sean also expressed her excitement at joining the Aristokrat family. She wrote, “Now look, I am living my truth S/O with my new family.”

Through her deal with Aristokrat Records, Ria Sean is signed to Island Def Jam Recordings. She is already known by many as an exciting talent, observers are keen to see what she and Aristokrat have in store for music lovers. Aristokrat is known for unearthing stars like Burna Boy, Mojeed, Ceeza Milli, and many more.

Real name Gloria Asene Enebi, Ria Sean is a singer and songwriter. Born and raised in Nigerian, she grew up singing in church. She embarked on her music journey professionally at the age of sixteen, drawing influence from artistes such as Brandy, Chris Brown, Whitney Houston and Frank Ocean. Sean has a unique sound that is a fusion of Afropop, R&B with Lo-Fi undertones. In 2019, she was featured on the compilation album: Sounds from The Basement Gig – vol 1. Sean has worked with multiple artists like Leriq, Moelog, Adekunle Gold and Goodgirl LA.

Following collaborations with the aforementioned artistes, Sean shared the video for ‘Lemonade’, a song which tells the story of the different stages of a toxic relationship. With a burst of soul, she declares her love as well as her disappointment: “What do you want? What do you need? I mean I could have been worse, I could have been mean when you tried me. Why this one makes you gimme space? Oh I don’t regret, did my best. Walai, You burst my heart, walai.”