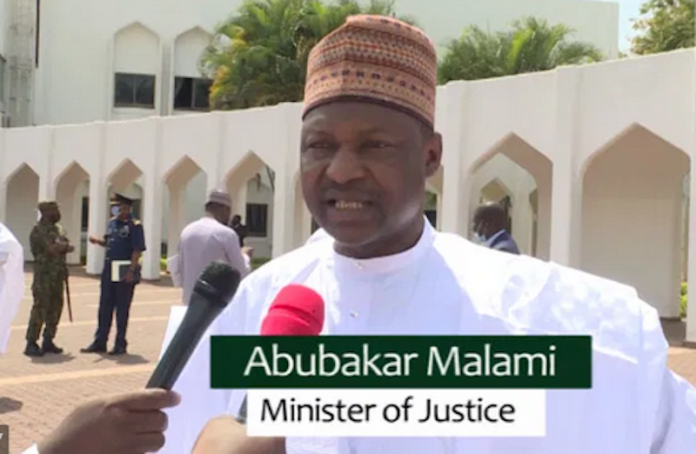 Chairman of the Sub-Committee on the Sale of Forfeited Assets, Mr. Bello Nasir, disclosed this during the engagement of auctioneers for the disposal of the said assets.

Shortly before conducting symbolic opening of the bids, the Chairman of the Inter-Ministerial Committee and Permanent Secretary of the Ministry of Justice, Mr. Dayo Apata (SAN), said the committee identified assets to be sold in 25 locations across the country, outside places plagued with violence and insecurity.

“Estate surveyors and valuers had gone to see the forfeited assets in order to ensure they are sold at market value,” Apata said.

He added that the bid opening followed an advertisement placed on May 10 this year for auctioneers to show interest in auctioning of the forfeited assets.

While assuring the public of transparency in the exercise, Apata, said the criteria set out by the 14-member Inter-Ministerial Committee will be strictly followed in the selection of auctioneers.

He said any estate surveyor or valuer who participated in the valuation of the properties to be sold would not be allowed to bid as they cannot bid for what they have valued. He also said members of the committee would not be part of the auctioneers.

The submission of the bid formally closed 12 noon, yesterday, and the process of bidding commenced immediately with the chairman of the sub-committee, Bello Nasir from the Bureau of Public Procurement (BPP), identifying bidders based on their lot.

The Attorney General of the Federation and Minister of Justice, Mr Abubakar Malami (SAN), had on November 20, 2020, inaugurated the Inter-Ministerial Committee to manage the disposal of assets forfeited to the government.