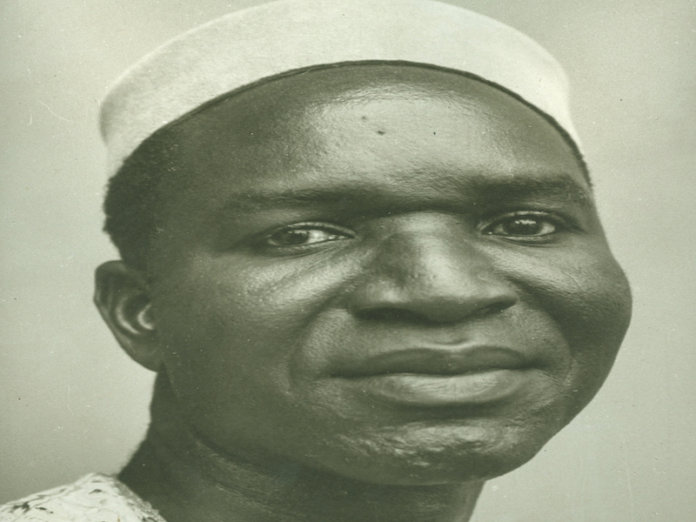 For the past 70 years, a pan-Yoruba socio-political organisation, Afenifere, has played strategic roles of preparing a 60-year-old Nigeria for nationhood, writes Shola Oyeyipo

Not until recently, when Afenifere, a pan-Yoruba socio-political group, turned 70 years, not many Nigerians were familiar with the story of the group, which has not only served as the mouthpiece of the people of the Southwest in the geographical contraption called Nigeria but has also grown to become a major moderator in the Nigerian political firmament.

Though there have been debates about whether or not Afenifere is a socio-cultural or socio-political organisation, it is evident that it is the latter. Aside from that, most of its arrowheads were the closest associates of the Action Group (AG) leader, Chief Obafemi Awolowo, his political protegees and advocates of his political ideologies, the group itself was a wing of the AG domiciled in the South-west before and after the October 1, 1960 independence, which ushered in a federal Westminster system characterised by the parliamentary system at the center and regional governments in the North, South, and East. Worthy of note is the fact that AG was also known as Egbe Afenifere.

Some sources have it that when political parties were formed at the inception of the fourth republic, some names contained in Afenifere register in all Yoruba states including Kwara and Kogi were used to register Alliance for Democracy, as so it could be rightly concluded that Afenifere was the platform upon which the AD was founded and upon which the six candidates in the Yoruba states contested and won the elections in 1999.

The group was instrumental to setting the tone for development in line with the AG master plan across the six South-west states – from Lagos to Ondo, Ogun to Oyo through Osun to Ekiti, and the level of political coordination in the region is also attributable to the unison established by the Afenifere factor.

From the onset, the main agenda of Afenifere, pretty much as it still is, is to rally Yoruba people for a common course, because after the country was split into the western region, eastern region, and northern region, the leading parties designed their ideologies to suit the cause of their people. Hence, the Northern People’s Congress (NPC) took control responsibility for the interests of the Hausa-Fulani; the National Council of Nigeria and Cameroon (NCNC)) which later became the National Council of Nigerian Citizens (NCNC), was representing the political interests of Igbo in the Eastern region and AG was in charge in the South-west.

So, Afenifere members became a mouthpiece of the AG, selling the agenda of the party to the people of the region and through that medium, Awolowo and other leaders motivated South-west politicians in the first republic, which propelled the lofty ideologies of the AG.
Unlike a recent attempt by President Muhammadu Buhari to categorise Afenifere and Myetti Alllah as one of a kind, Afenifere, as its name implies has been a league of people committed to the greatest good of the people. With its slogan of ‘Life More Abundant’ and advocacy for egalitarianism, it became easy for the Yoruba people to adopt as the umbrella body for the region and its leaders have exemplified themselves as disciplined, patriotic, and arguably, the best set of leaders the country ever had.

As a body that has been in existence before the Nigerian independence in 1960, the contributions of its leaders and members to the heated debates held to decide Nigeria’s political future reflected the highly principled nature of the leaders and marked their contributions to the creating of a conducive ground upon which true federalism could be footed.

Nigeria witnessed her worst political moments between 1983 and 1998, a period characterised by despotic and tyrannical military rules of Generals Muhammadu Buhari, Ibrahim Babangida, and the late Sanni Abacha. But the Yoruba-centric pressure group never lost its voice, despite the fact that they were faced with the dangers of state-sponsored victimisation and assassinations.

While playing a broader role at the national level, Afenifere played a key role in coordinating the democratic opposition in the country. Working with other Nigerians across the country and the international arena, they launched the National Democratic Coalition (NADECO) – both locally and internationally – which among other things, mount pressure on the Abacha regime to actualise the aborted June 12, 1993, presidential election, widely acclaimed to have been won by the late Chief MKO Abiola. NADECO was composed of known political figures and activist groups as well as retired military officers.
The temerity of NADECO to have availed the much it recorded in terms of setting standards and voicing the agonies of Nigerians under various military regimes especially, Abacha’s, can directly be linked to the exemplary ‘leadership in partnership’ as exhibited by Afenifere.

Eventually, ever since democracy returned in 1999, the Afenifere group remained in the forefront of the vanguard calls for equitable distribution of resources among the component states in the country in line with the principles of true federalism, resource control, restructuring, and constitutional amendment. Ostensibly, Afenifere played a very prominent role in convincing former President Goodluck Jonathan to conduct the March 17, 2014, national conference with the hope to influence a constitutional amendment. Sadly, President Buhari has said the report of the conference was “for the archives.”

Members of the Afenifere group never lagged in their emancipation drive for the Yoruba race, rising to the occasion each time the need surfaced and always working hard to promote peace and harmonious interrelation in the entire Nigeria. They never shied away from admonishing successive governments whenever they performed less than expected.

Lately, they have collaborated with groups such as Southern and Middlebelt Leaders Forum (SMLF), Ohaneze Indigbo, Pan-Niger Delta Forum (PANDEF), and others to take a position on national issues.
It is not clear at what point a national government would see reason with Afenifere on the need for true federalism and restructuring, but these have been the thrust of their advocacy. The leadership of the trio of Ajasin, Adesanya, and Fasoranti at their different times stuck to the ideals of true federalism, equity, and justice as a prerequisite for peaceful coexistence.

The recently deceased National Publicity of Secretary of Afenifere, the late Mr. Yinka Odumakin, had said times without number that without restructuring Nigeria might not experience peace and stability.
Though it has not been a bed of roses for the group, the group has remained steadfast. Some of its members like Chief Ajasin, Ayo Adebanjo, Ayo Opadokun, Chief Olu Falae, and others have been arrested and incarcerated. Likewise, there have been attempts by the political class to infiltrate and divide the group as often done to groups with such relevance, but Afenifere has survived and stood its own.