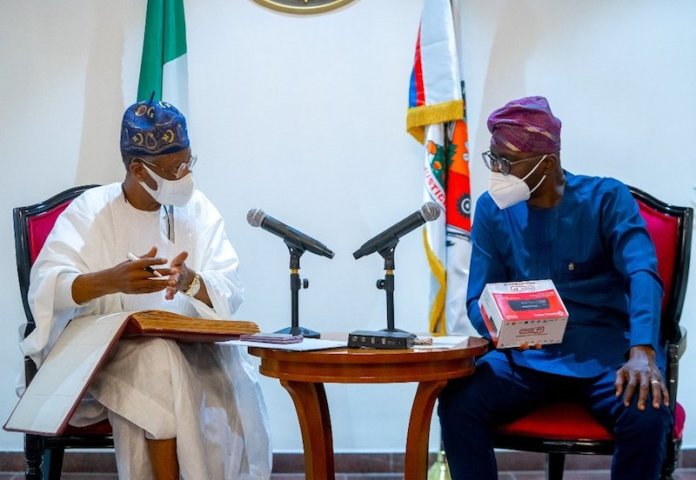 Following the success recorded in the pilot and phase one launch, the federal government, yesterday, commenced the phase two launch of DSO, beginning with Lagos, with a target to cover 13 states before the end of the year.

Speaking at the Lagos launch of DSO, the Minister of Information and Culture, Alhaji Lai Mohammed, said although it took the digital television train over three years to arrive in Lagos State, after the phase-one launch, the train would now move faster.

“The DSO train has now changed from narrow gauge to standard gauge, meaning it will move faster to cover 13 states across the country this year alone in the second phase of the DSO rollout, which begins in Lagos. From Lagos, the DSO train heads to Kano State on June 3; Rivers on July 8; Yobe on July 15; Gombe on August 12; Imo on August 24; Akwa Ibom on August 31; Oyo on September 9; Jigawa on September 23; Ebonyi on October 17; Katsina on October 21; Anambra on November 4 and Delta on November 18. This may look like a daunting task. Indeed, it is. But the fact that we are here in Lagos today is a testimony to our resilience and determination to ensure the success of the transition from analogue to digital television across the country,” the minister explained.

The minister said the second phase rollout would begin with over one million Set-Top-Boxes (STBs) that were locally developed in Nigeria, adding that 70 per cent of the digital content would be locally sourced.

“The switch-on of Lagos is unique and epochal, because it marks the first time that the DSO project would be beaming 60 choice channels to television households. Lagos is Nigeria’s creative hub; hence it is important to harness the creative talents that abound in the state through this project. Also, the DSO provides us with a great platform to key into the Lagos Smart City Project, which seeks to use technology to enhance service delivery in all spheres of life.”

Commenting on the Lagos rollout, the Lagos State Governor, Mr. Babajide Sanwo-Olu, said the state would be committed to the DSO project for many reasons.

According to him, the DSO would enhance job creation and content development, be of immense benefits to the residents, and also empower many youths, especially those in the entertainment and tourism industry.

He added that the project would also provide opportunity for the government to use the content to inform and engage the citizens as well as bring governance closer to the people.

“Being a forward-looking state, we are in partnership and we see it as bringing the future to our citizens, so we are really game on this. In the last two years, we have been developing our metropolitan fiber optics to provide fiber connectivity as one of the solutions for our citizens to have access to cheaper data. Being the nation’s ‘Centre of Excellence’, it is our desire that Lagos will continue to set the pace for the nation.”

The governor urged the Ministerial Taskforce on the DSO to make the Free TV box and after sale support easily accessible.

The DSO television platform, which is branded as Free TV, offers its viewers about 60 digital channels, including sports, music, movies, and news, as well as Value Added Services, such as: Enforcement and Collection of TV Licenses, Premium Pay TV channels, Push Video on Demand, Information Services and Audience Measurement.

Federal government is of the view that the DSO project would cover the entire country by December 7, 2022, after which it will switch off completely, all forms of analogue broadcasting in the country.