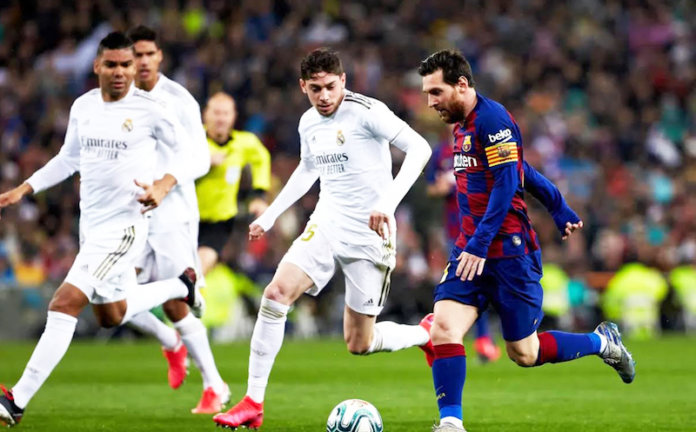 Football is unarguably Nigeria’s most common sport, beloved and played by both children and adults. From dusty streets to stadiums, Nigerians discuss football with so much vigor. Football’s preponderance in the Nigerian sporting scene is quite obvious, from the many businesses built around the sport to the unity it brings to players, fans, and spectators alike during matches, discussions, and debates.

Introduced by British missionaries in the coastal areas (Lagos, Calabar, and Port Harcourt), the popularity of the sport spread inland quite quickly. Interestingly, football was not the only sport introduced by the missionaries. The colonial officials and military officials also introduced Polo and Cricket. However, cricket faded from the scene, while Polo was and perhaps still regarded as a sport reserved for the elite. Football caught on and spread quite rapidly because of its relative ease to set up (a ball and an open field). By the 1930s, football had already grown to be a national obsession, and various leagues and tournaments were being organized. In 1933, the Nigeria Football Association (NFA) was established (although formally launched in 1945) to support the development of football associations across the country. The Nigerian Premier League has its roots in Lagos, initially known as the 1931 Lagos league.

Given the affection Nigerians have for football, especially the international leagues, one would be curious regarding why Nigerians are not flocking to the local stadiums to watch the domestic Nigerian league football. The domestic league was quite popular among Nigerians until the late 2000s. Clubs like Enyimba FC, Shooting Stars, and Rangers were household names, and their fixtures were widely anticipated. However, as poor management, violence, and clashes among rival team’s fans built up, the stadia for local leagues became ‘ghost towns’ even on big match days.

In 2012, the Nigerian Football Federation, in partnership with the owners of the participating clubs in the Nigerian league formed the League Management Company (LMC) to remedy the decay in the sector. The LMC rebranded the League, from the Nigerian Premier League to the Nigerian Professional Football League (NPFL). Their efforts led to the NPFL being ranked the best in Africa and 24th best in the world by the International Federation of Football History and Statistics.

Globally, the football industry is big business. This is evident in how they are incorporated and governed. Football clubs generate revenue via broadcasting rights, merchandise sales, transfers, sponsorship, matchday revenue, and prize money. Al Ahly is Africa’s most successful football club with a net worth of $28 million. The revenue of football clubs largely depends on the economy of where it is run, how it is run, and stakeholders’ participation (fans).

The Synergy between Sports Betting and Football Industry

Nigeria has witnessed a surge in the number of bookmakers with a physical or digital presence in the country as new names keep sprouting to compete with existing players. The nexus between the $2 billion Sports betting industry and the Nigerian football scene has grown largely due to the passion for sports by Nigerians, with football betting, in particular, being the main driver of traffic for these sites. These sports betting sites have a lot to gain from an improved domestic league, as rational bettors are likely to not stake on unfamiliar games due to zero or low-quality television coverage on the domestic leagues and little incentive to watch domestic leagues due to the current level of infrastructure and level of organisation.

One could point to the popularity of the English Premier League among Nigerian viewers as one of the driving factors of an influx of football bets focusing on the EPL in the sports betting scene. Following this trend, an increase in viewership and popularity of the domestic league ideally would bring along bettors willing to stake on these teams. This has not happened as expected.

Several things have to be done for progress in the NPFL, one of which is the need for proper management and accountability across board to move the league forward. It would have seemed as though infrastructure has been the problem preventing the sport from advancing. However, with the introduction and renovation of stadiums and improving existing infrastructure, the industry has still not progressed.

Also, the government has to take responsibility for providing an enabling environment for the football league to thrive. There has to be standards to ensure that domestic league clubs carry on their activities in line with global best practices. The LMC and the NFF have to be able to sanction and check behaviors detrimental to the growth of the industry.

In addition, a rebranding attempt with decent public relations crafted to win Nigerian fans over is required. As fans have been disengaged from the domestic leagues for quite some time, an increase in viewership and fan engagement would likely come with sponsorship from companies across industries. To further bring the league to the global standard, a network of transfers of players from different regions to the league is a tactic that should be wielded as soon as the regulators and the government improve the league standard.

Football is a passion for many Nigerians, and many would willingly pay to watch domestic leagues if the infrastructure is put in place; however, to keep Nigerians entertained and engaged, the government and the league regulators have to do more than just talk, they have to show workings.

•Adegbite is a thought leader in strategy and supply chain, who has worked with leading organisations like PwC and an IOC. He also founded Naspire, a business research platform using business insights to help entrepreneurs and professionals succeed in Africa. He can be reached via tunji@naspire.com.

‘A’Ibom FourPoint by Sheraton Hotels to Commence Operations This Year’