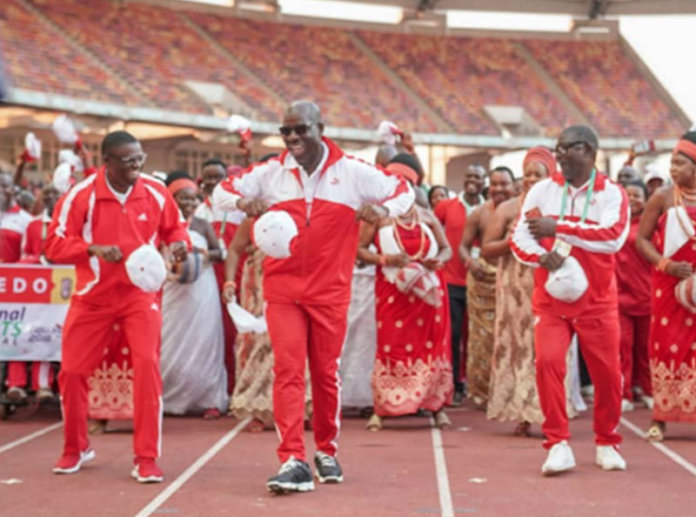 Speaking yesterday at the Samuel Ogbemudia Stadium, venue of most of the events of the festival, Shaibu insisted that Edo in years gone bye was noted for its unrivalled sporting facilities as well as producing some of the best sporting talents for the country including owning the famous Bendel Insurance that ruled the country’s football scene in the 1970s into the early 1980s.

He insisted that Edo is now on the path of sporting rebirth with first class facilities across its landscape.

” Edo 2020 is not only about the National Sports Festival but this is a well-thought out plan to restore our state back to the good old days when we dominated sports in Nigeria,” explained Shaibu who doubles as the chairman of the Local Organising Committee(LOC)

of the on-going NSF.

“We have invested so much in first-class facilities and not only here at the Samuel Ogbemudia Stadium in Benin City but we have mini stadia spread across the local governments in the state and in some schools so that our youths can be encouraged to combine sports side-by-side with education.”

Shaibu said the Edo State on the long run was looking at a solid public and private partnership initiative in order to sustain the legacy of the NSF.

He said: ” Ultimately, it is our desire to ensure that we bring in private investment to our sports and we are being methodological about it because from our experience especially that of His Excellency Governor Godwin Obaseki, the private people will only put money into sports if there’s a solid product.

” So, we are conscious of what we are doing and very soon the gains of this National Sports Festival would be there for all to see.”

Shaibu equally noted that it’s incumbent on subsequent government of the state to follow on this part of rediscovery since virtually everything about the maintenance and sustainability of the facilities being used for the NSF was going to be backed by legislation.