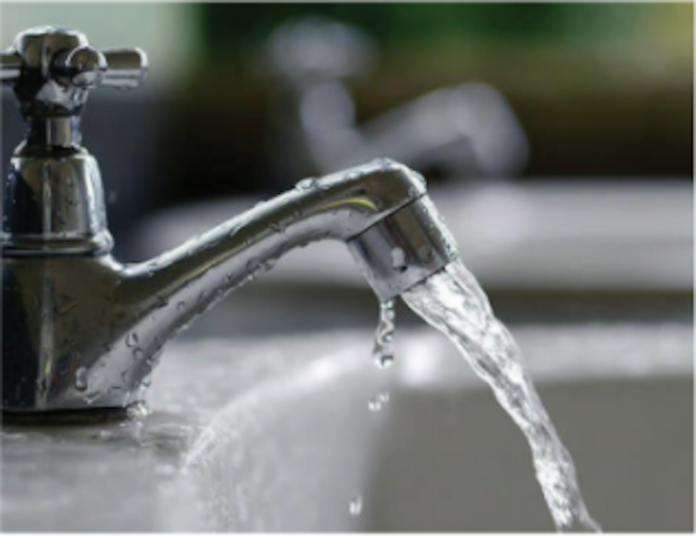 “Since I came to this community in 2013, we didn’t have potable drinking water; we used to trek from Wesere community to Kankor Water Corporation to get drinking water.
“The water in the community has high acid content; as a result we don’t drink it. Most times, you cannot wash with it. Access to potable drinking water is a major problem for us.
“But today, we thank God because of the efforts of (HUFFPED) and Actionaid Nigeria (AAN) to provide us with potable drinking water.”
Those were the words of Taiwo Hunsa, a member of the Wesere Community, Badagry West, Local Government Area, Lagos State.

Continuing, she noted: “If I want to use it for cooking, I have to fetch it today and keep it till the next day. The water from this well doesn’t foam hard soup because there is alum in the soil. This water project is very good, because we will no longer go to Kankor Water Corporation to fetch drinking water anymore. We now have water that can serve for drinking, cooking and washing.”

Today, Hunsa and other indigenes of Wesere community have benefitted from the water project built by Actionaid Nigeria in collaboration with Humanity Family Foundation for Peace and Development (HUFFPED).
In February 2021, ActionAid through her partner, HUFFPED successfully linked Wesere community to Kankon Water Corporation, with the total contract sum of N2, 206,230.00. The commissioning of the water project was done in March, 2021.

Actionaid’s Role
Speaking at the project commissioning, the Country Director, Actionaid Nigeria, (AAN), Mrs. Ene Obi, stated that the organisation started working in Wesere community about four years ago.
She also stated that within the four-year period they carried out analyses to find out the developmental issues facing the community and top on the list was the problem of potable drinking water, “we discovered that they had to travel three to five kilometers to get potable water.”

Obi, who was represented at the event by the Director of Resource Mobolisation and Innovation, Actionaid Nigeria, Mamedu Andrew, further explained that the community had produced some government officials including House of Representative members.
She also said that there have been some boreholes constructed in the community, but the water coming from those boreholes were not good enough for drinking, therefore caused skin diseases, cholera and diarrhoea.

She espoused that Actionaid Nigeria had discussions with the health post in the area, regarding the prevalent health conditions and they said water borne diseases was the most common; therefore it AAN prioritised working in the community.
The Actionaid Country Director maintained that after assessment of the challenges of community with their board members, they decided to prioritise setting up of water points in different locations in the community.

She remarked that though there was a water plant owned by the government two kilometers from community, but it was not in use therefore Actionaid Nigeria highlighted the need for the Local Government Council to resuscitate it.
Obi added that part of efforts to resuscitate the water plant involved paying advocacy visits to the state and local government and speaking to them about the role of potable drinking water to the community.

She posited that after resuscitating the water plant, the next activity was centered on channeling the water from that two kilometer point to the community and ensure that it is reticulated around not just to one central point especially because of COVID-19.
According to her, “We also collaborated with people that had tanks in the community and the water was supplied to those existing tanks. We also built some additional water stands and some tanks as well. We built five water points gathered around the community, which meant that everybody wherever you are staying, you will have some water point and you will go there.

“We have interviewed the community and they said they have access to water; they don’t have to travel far in search of water. They also store some of the water in their various homes because it is not pumped daily. But now they have potable water and we are beginning to see the difference almost immediately, skin and water borne diseases have reduced.

“For us, it is a project that has brought joy to the community, and it was made possible by Nigerians that contributes token of N2, 000 monthly to support things such as this. The budget is N2.5 million to pipe the water from the two kilometer points to this place and service the water at the central point and reticulate it across the community.

“We will have a meeting with the local government council to make sure the water keeps flowing, and ensure that they service the power generating sets. In terms of sustainability of this project, it is a community owned therefore nobody will steal the tanks or damage the pipes.

“As part of sustainability, the LGA is committed to ensuring the daily pumping of the water, and we have signed an agreement on that, but we are still going to have a meeting with the local government chairman to appreciate him for that. Sustainability is to make sure that the community keeps reporting to us if there are any issues, so we can follow-up.

“One of our approaches of working is human right based approach which empowers the community to be able to hold government accountable, this is a responsibility of government and since we have provided this support, we hope that government should keep maintaining it for us.

HUFFPED’s Role
In his remarks, the Executive Director, Humanity Family Foundation for Peace and Development, (HUFFPED), Adenigba Oluwarotimi, said the water project is one of the many projects they have handled, and it was done in partnership with Actionaid Nigeria, because the mission and vision of the organisation aligns with theirs.

According to him, “When Actionaid Nigeria had a meeting with us to assist them in identifying a community centric project; we suggested that we visit several communities. Our findings took us to several communities in Alimosho, Ikorodu and Badagry.
“When we got to Wesere community in Badagry, we realised that the issues we have here was much more than the challenges in other communities. Before we came here there have been a lot of water projects that have been installed in this community. Rotary did one, but it didn’t stand the test of time and Hon. Bamgbose also did one, but it was not sustainable.
“We analysed the terrain of this place, and discovered that the soil here does not give good water. Several water samples were taken to Abuja from analysis, we found out that non was drinkable, which meant that the people of the community has been battling with water borne diseases before now.”

History of Water Problem in the Community
Wesere community is located off Owode-Apa-Kankon road. This community is about 50 minutes’ drive from Badagry town and about 5 minutes away from popular government boarding school – Lagos state model college, Kankon (LSMC).
According to the community leaders, Wesere community has over 100 children and about 95 per cent of them walk some kilometres to and fro school every day.

The community did not have a functional source of portable and clean water. Women and children walk several miles to the stream or walk about 30mins to other communities with borehole to fetch water. As a result of this, water borne diseases are quite rampant in the community.
The closest health centre to the community is in Kwene, about 45 minutes’ walk from Wesere. The health centre, which also shares the same building with Independent National Electoral Commission (INEC) office is partially functional.
Oluwarotimi posited that before coming to Wesere community, HUFFPED and Actionaid Nigeria had visited communities in Ikorodu, and Alimosho, but they decided to pick the community because of the magnitude of challenges, it was facing with regards to the water problem.

He stated that in the past, there was lot of water projects that had been done in the community, “Rotary did one, but it didn’t last and the House of Representative, Member, Hon. Joseph Bamgbose, also did, but it was not sustainable.”
He remarked that before the construction of the water project, they carried laboratory tests and analysis of the soil, and water, adding that from their findings, it was observed that the soil has lot of minerals and water was salty too.

According to him, “We took several samples of the water to the Federal Capital Territory (FCT) Abuja for analysis, and we found out that it was not drinkable, which meant that the people of the community has been battling with water borne diseases before now. We also found that the water was very colourful. Two kilometers from the community is a small water plant which is known as the Kankor Water Corporation. So we decided to draw water from the corporation into the community and that is where we started from. Before now the people of Wesere travel to another community in their canoes to get water for drinking.
“The community where they get this water is far from Kankor Water Corporation. It has been a very difficult experience for them, but today the issue has been sorted out. For this project to be sustainable we are not working in isolation, we are working with the community people and the Local Government Council.”

Contribution of Badagry West LGA
On his part, the Council representing Badagry West, Hon. Mukaila Oluwafemi, said in 2020, the Lagos State Governor, Babajide Sanwolu, had a meeting with Councilors in the state, and advised them to have consultations with their different communities and identify two new developmental projects.

“So I had to write a letter to the state government telling them that AAN has adopted and completed the project, therefore we need to substitute this project with another one which is the community hall. I have informed my community people and local government officials that we are having a meeting at the ministry of local government concerning changing the water project to community hall,” he said.

He expressed assurance that regarding the issues of Primary Healthcare Centre, and access road in the community, more efforts would be made to seek the approval of the executive chairman of the Local Government Chairman, “so that he can include those needs into the year 2020 budget.”

Oluwafemi maintained that at the moment the 2020 budget for Badagry West Local Government Area has not been signed into law, although it is under his purview, “if the chairman wants to help us, we still have time to insert it into the 2020 appropriation bill.”