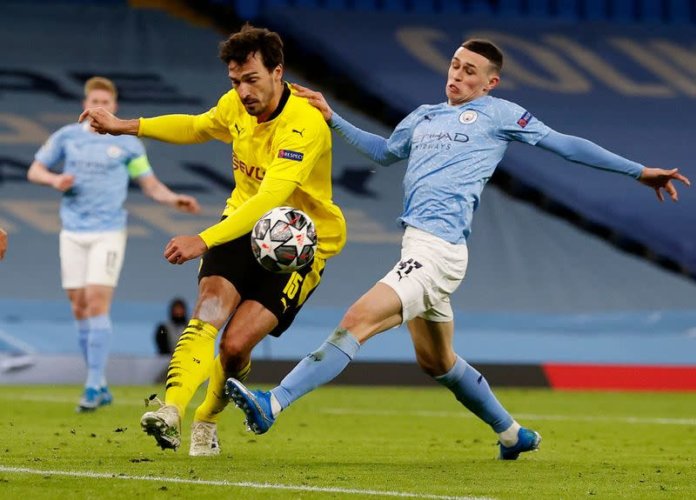 Liverpool will need to produce another huge European display at Anfield if they are to reach the last four of the Champions League after suffering a crushing 3-1 quarter-final first-leg loss to Real Madrid last night.

Liverpool were largely second best throughout an entertaining game in Spain against a Real team missing their first-choice centre-back pairing, but packed with impressive attacking talent.

Much of the damage was done in the first half, begun when Vinicius Junior took down a brilliant long-range pass from Toni Kroos on his chest before firing the opener past Alisson.

Marco Asensio doubled the lead, taking advantage of a lose header from Trent Alexander-Arnold to chip the ball over Alisson and then tap into an empty net.

Liverpool came out fighting after the break, pulling a goal back through Mohamed Salah’s close-range finish off the crossbar to spark their best 20-minute spell of the contest.

But they were stung when Vinicius found the net via a first-time shot following a fine attacking move with 25 minutes to go.

It leaves them with a mountain to climb in the return leg at an empty Anfield on 14 April.

City’s hopes of reaching the semi-final looked to be in the balance when Marco Reus gave Dortmund what looked like a priceless away goal with a cool finish from Erling Haaland’s pass six minutes from time.

Kevin De Bruyne, who had given City the lead with a crisp finish after 19 minutes, played his part once more in the final minute of normal time when his fine cross was touched back by Ilkay Gundogan for Foden to stroke a finish past Marwin Hitz.

It was a bitter blow for an enterprising Dortmund side, who will leave Manchester nursing a burning sense of injustice directed towards Romanian official Ovidiu Hategan after he controversially ruled out Jude Bellingham’s second-half goal with City leading 1-0.