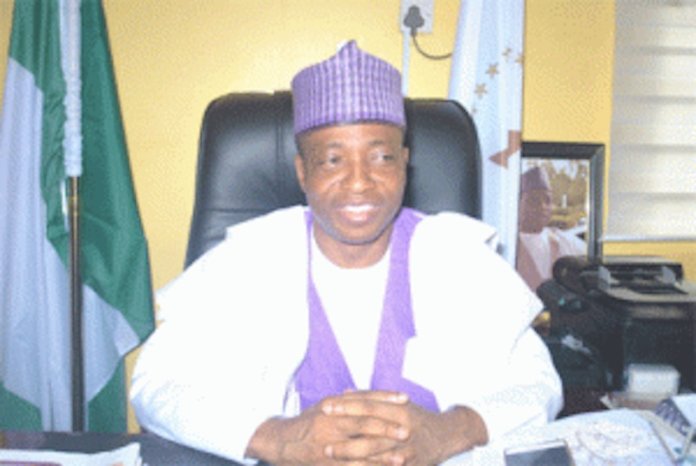 Tony Amadi writes that Alhaji Shittu Mohammed Kabiru, former Chairman of Advanced Peoples Democratic Alliance and its presidential candidate in the 2019 national elections, has joined the All Progressive Congress and promises to rebrand the ruling party into a progressive force for good Nigeria

In the course of my examination of the current political situation in the country, I had a chance meeting with a young political Turk recently at the Abuja Transcorp Hilton.

Alhaji Shittu Mohammed Kabiru was conducting meetings with so many political groups and deftly stimulating the community of several political parties masquerading as the third force, beyond the All Progressives Congress (APC) and Peoples Democratic Party (PDP). His police orderly was busy opening the door, welcoming different shades of political big wigs and some not so heavily weighted.

Shittu Mohammed Kabiru appears to be a dynamite figure, though he may look differently, but in the past couple of days I have watched him move around with confidence among political elites, then later saw him on the Charles Aniagolu’s ARISE News and realised that he was not going to be satisfied with the tag of ‘the also ran’ in Nigeria’s political firmament.

Shittu is in fact a big player in the scene and if you ignore him, you might regret it much sooner than you imagine, for he is heavily weighted in the scheme of things. and in fact, he was a presidential candidate.

He is politically savvy, at home with the makers and shakers of Nigerian politics and loved by his own people in Niger State. It is when Aniagolu began his incisive questioning of the presidential candidate that you begin to realise that Shittu Mohammed Kabiru is very deeply rooted in political and economic development ideologies that can change Nigeria forever.

He has been managing the party since 2006 and he believes that the breakthrough is about to explode in a big way for him and his political fortunes. At the time, the Advanced Peoples Democratic Alliance (APDA) was big in Kano state because they fielded Mohammed Sani Abacha, son of the late goggled general who was flexing muscles with Governor Ganduje of Kano whom he gave a good run for his money during the election that Ganduje eventually won. Mohammed Shittu was actually at home with the mainstream voters of the people of the ancient trading city.

Shittu blamed the media for the widespread belief that the two leading parties, APC and PDP or the Social Democratic Party (SDP) are the only ones capable of winning elections in Nigeria.

He said that Nigerians will find that the political terrain has changed from what you might be calculating now, adding forthrightly that Nigerian youths are ready to take control of the power and politics of the nation and make it a resounding success.

Last month, precisely March 4th 2021, Mohammed Shittu Kabiru after shepherding APDA into a quasi-political force, decided to move into the ruling All Progressive Congress along with many other political groups.

The former national chairman of APDA which is one of the 74 political parties de-registered by the Independent National Electoral Commission (INEC) in 2020, registered as a member of the APC at his Gwagwa Ward in the Federal Capital Territory (FCT) Abuja.

“For the growth of this country, political parties have to come together and we have decided today that we are collapsing into APC to build a strong nation. APC has brought the agenda for change and now we believe that it is time that the forces that want this country to grow must come together.”

At 54, Mohammed Shittu is a smart talking and credible politician whose self-confidence is not just convincing but infectious and has an amazing stock of goodwill among his peers.

Shittu says that “Nigerians have seen what we have done in the area of politics, putting Nigeria in a better perspective and I believe that I will be judged by those antecedents. I started politics in 1992 and in 1993 I was the chairman of the municipal local government of the NRC, National Republican Convention which is now known as AMAC.

“My antecedent is that Nigerians know that what comes first for me is Nigeria. And I believe that whoever has gone through my history will know that what I am saying is that they must know us as a country. We must chart a way for ourselves. What the Chinese did was that they took capitalism, took socialism and married it with Communism and bring out Socialism in Chinese character and that is what we have been preaching in this country”.

Aniagolu added: “I have to say that you are making a very important point here and you are one of the very few people I have actually heard talking about this because you are talking about an ideology, a political ideology which is something we don’t find other parties talking about.

Shittu was elected in 2013 as chairman of African Young Leadership Forum in China. “I have gone to several courses in US, in China and I have studied their economy and I have seen that until a country chart a way for itself that is unique to that particular country you must marry your economy with your culture. We had empires. How were those empires run? How we are running the country today is different?

“My political and economic belief is that we need a system that will be African, we must reflect our political economy and social life according to our culture”.

Shittu was unrelenting in his postulation: “I want to let you know that all the great nations have diverse cultures. If you go to China you will hear that they only do just one language but they have several other tribes and languages and even in political system, China has over seven political parties but we only hear about the Communist Party of China, because CPC is like the head but all other political parties are also represented in the general assembly and if you look at even in Europe, Europe were not one, we had the Othman Empire that broke into several empires. There are differences. There is nowhere, no country, no continent that are one. Therefore, why do we allow what is supposed to strengthen us to divide us?

“We should turn Nigeria into an industrial hub where you come here, take our gold, refine it here then market it here and abroad,”

In summary it seems apparent after listening to the thoughts of Alhaji Mohammed Shittu Kabiru that by joining the broader All Progressive Congress rather than remaining in his small sized APDA the change he will bring into the APC will be more ideologically based and with his well-known antecedents, he is capable of turning things around in the All Progressive Congress and the whole country at large as he deals his way to the top of his new party.

Shittu Mohammed Kabiru appears to be a dynamite figure, though he may look differently, but in the past couple of days I have watched him move around with confidence among political elites, then later saw him on the Charles Aniagolu’s ARISE News and realised that he was not going to be satisfied with the tag of ‘the also ran’ in Nigeria’s political firmament. Shittu is in fact a big player in the scene and if you ignore him, you might regret it much sooner than you imagine, for he is heavily weighted in the scheme of things. and in fact, he was a presidential candidate. He is politically savvy, at home with the makers and shakers of Nigerian politics and loved by his own people in Niger State