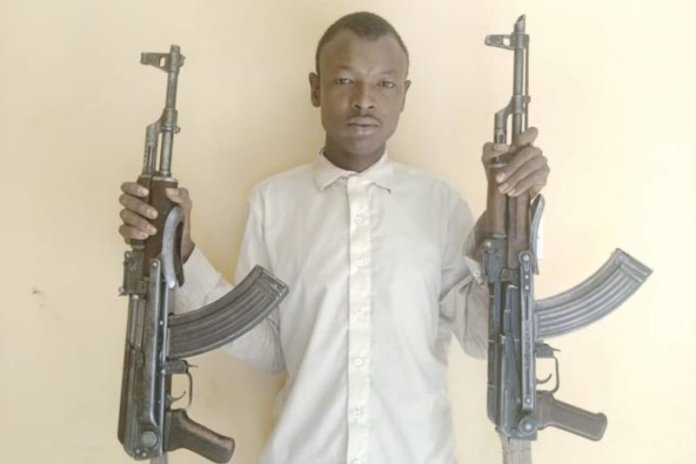 The Kano State Police Command has arrested a suspected kidnapper, Abubakar Burumburum, 27, who was found in possession of two AK-47 rifles by operatives of the Operation Puff Adder in the state.

Spokesman of the police in the state, Mr. Abdullahi Haruna Kiyawa, confirmed the arrest of the suspect to journalists in Kano last Sunday.

Kiyawa, a Deputy Superintendent of Police (DSP), said the suspect was apprehended following a tip-off.

The police spokesman said the suspect was currently undergoing interrogation at the state police command, confirming that Burumburum would soon be charged after the completion of investigation.

He stated that the suspect, popularly known as Likita in the Birnin Gwari area, mostly carried out his activities in Kaduna, Kano and other parts of the northern states.

The suspect, who claimed to have six children, confessed to being a cattle rustler, and admitted that he had engaged in kidnapping twice.

According to him, the two AK-47 rifles and ammunition found with him were obtained from the children of one late Muhammadu Bakanoma in Zamfara State.