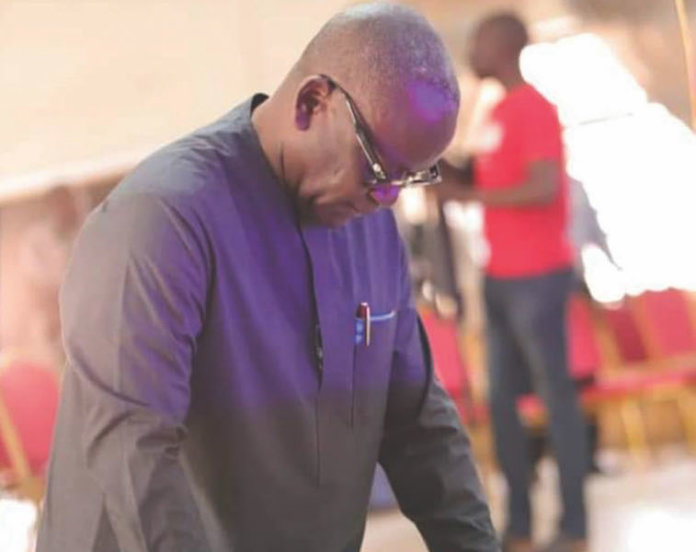 The quirky list of armed, red-eyed, non-state actors are lengthening by the day as well as the fogginess of their specific profiling: rogue herdsmen, bandits/robbers, kidnappers, separatists, rustlers, Boko Haram terrorists, et al. In incremental audacity, some of this group of brigands have tweaked their grisly playbook and now state governors are fair game.
Even the recent shoot-on-sight order by President Muhammadu Buhari has seemingly not proved much of deterrence. Perpetrators are seldom found and there have been only few convictions. But things appear to be coming to a head, when they started boldly targeting state governors.

On Saturday, March 20, the Benue State Governor Samuel Ortom was attacked and narrowly escaped with his life. Although several questioned the governor’s narrative, President Buhari confirmed and condemned the attack.
The president also called for an “open and transparent investigation” of the attack, saying ‘whoever is linked to it should be caught and be made to face the law.”

According to the governor, the attack occurred, when he visited his farm in the state. Governor Ortom specifically linked the attempt on his life to suspected Fulani herdsmen alleging that his bold campaign against open grazing was the reason. The police have since commenced an investigation into the attack.

Meanwhile, the Miyetti Allah Cattle Breeders Association of Nigeria distanced itself from the alleged assassination attempt on Governor Ortom by gunmen on Saturday, March 20. The herders’ group’s Secretary-General, Usman Baba-Ngelzerma, asked Ortom not to politicise criminality, counselling him to alert the security agencies for proper investigations.
According to Baba-Ngelzerma, the Miyetti Allah is not a criminal organisation and did not at any time meet to plan Ortom’s killing as the Benue governor alleged.

If the attackers had actually succeeded in killing the governor, many have theorised it could have become the tipping point and could have triggered a major uprising in the Middle Belt.
The emerging question is why herdsmen are unfairly or fairly taking a lot of the blame for much of the depredations? At the centre of much of the crisis in the Middle Belt and Southern regions, farmer-herder clashes are fingered as the key enabler of the impunities.

And when major religious figures wade in to justify and defend bandits and herders’ often bloody impunities, many rational stakeholders are left scratching their heads in utter puzzlement. This scenario simply stokes dissent and anger.
In another befuddling development, a group known as the Fulani Nationality Movement (FUNAM) claimed responsibility for the attack on the Benue governor. The group in a statement by a certain Umar Amir Shehu said the attack was an assassination attempt on the governor.

FUNAM claimed that it carried out the assault as revenge for the governor’s actions against the Fulani people. No FUNAM operative has been arrested.
Last November, at least nine people were killed when Boko Haram terrorists targeted a convoy belonging to Governor Babagana Zulum of Borno State. Members of the Boko Haram group attacked the convoy on Gajiram-Monguno road, killing seven soldiers and two civilians. Zulum escaped uninjured, but it was the third time he had been attacked by Boko Haram terrorists in the last few months.

George Akume, then governor of Benue State, narrowly escaped death when his convoy came under small-arms fire by unidentified gunmen some 150 kilometers from the capital, Abuja. At least one passenger in his car was killed. No suspect was arrested.
Last week, governors of Sokoto, Katsina and Zamfara States sought the assistance of the European Union (EU) in ending security challenges in their respective states.

Governor Aminu Waziri Tambuwal of Sokoto State, who led others in a meeting with the EU delegation also called for collective bid to halt banditry, kidnappings and violence in the North West.
According to Tambuwal, who attended the meeting alongside Governors Bello Masari, and Bello Muhammad Matawalle, the governors were interested in the support likely to be received from the EU on behalf of the federal government. Masari chimed in, saying, “We expect that results will come very soon.”

EU Ambassador to Nigeria, Ketil Karlsen, said, the meeting discussed insecurity in the region, regional dimensions of the conflict, influence of the Sahel conflicts and arms proliferation.
His words: “We all have programmes already on ground in the North-West. We have humanitarian programmes and development cooperation. We also engage in political discussion at federal, state levels and civil societies.”

He said the EU and its partners were already providing support and assistance to the North West and hopes to establish more opportunities, “because we know that this is what is needed to have durable solution at end of the day.”
Apparently, these brigands are emboldened by the day, reading the body language of the national leadership, which centrally controls the national security architecture. Meanwhile, a very real danger mounts that the country is taken over by non-state actors.