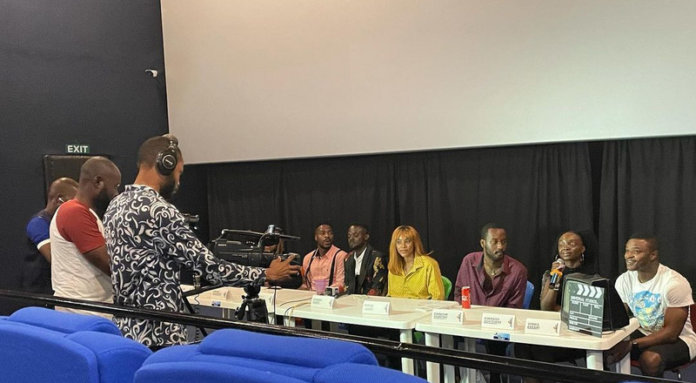 Buhari Yesufu’s Sub Sahara TV series has hit the cinemas. It creatively reflects the confusions and lack of urgency on pressing issues in Africa as seen at the Blue Pictures Cinema at Onikan area of Lagos State.

This series ridicules the typical African society and its pressing needs was screened at Blue Pictures Cinema, Onikan, Lagos over the weekend.

The series presented Kenny metaphorically as things that are missing and taken from our culture and society. And how the continent has been distracted by insignificant problems that rose from Kenny’s absence.

In the series, the lead character, Papa Kenny, symbolises a dual representation – elite who have information but do not really know what the information represents, and do not crave to know.

The producer and writer, Yesufu, bemoaned that those who are at the helm of affairs are even in the dark of the vital details.

For Yesufu, the live-action method of storytelling takes us back to an era in Nollywood film making, to remind the audience of a better history than what we had access to.

On the choice of the cast, he said they were chosen based on their professional acting, charisma, and ability to deliver on the movie.

As a TV series, Sub Sahara will be screened across Nigerian cinemas soon and be carried on both local and national television for viewers’ pleasure.