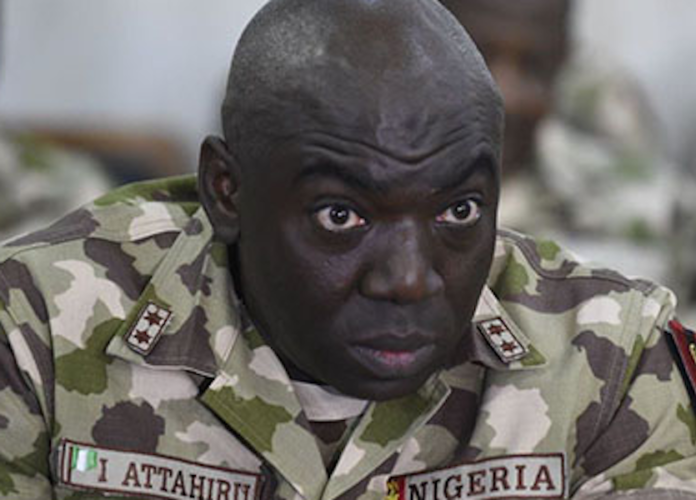 The Chief of Army Staff, (COAS), Lt. Gen. Ibrahim Attahiru has said that the Nigerian Army will deal decisively with every form of security threats confronting the country.

Attahiru said this yesterday in Uyo, Akwa Ibom State capital at the first Commanding Officers Workshop 2021 with the theme, “Repositioning the Nigerian Army to Defeat Contemporary Adversaries in a Joint Environment.”

He assured the nation that the Nigerian Army would soon surmount attempts by some individuals to compromise the territorial integrity of the country by the declaration of sovereignty on behalf of ethnic nationalities in the country.

He called on the participants at the workshop to commit themselves to the dictates of their duty to the nation.

The COAS said he would continue to provide mission-oriented training through workshops and build capacity for the military that would make the army dependable and feared by all adversaries.

“The Nigerian Army under my leadership would remain proactive and jointly work with other security agencies to decisively deal with threats facing the nation.

“The Nigerian Army under my watch remains resolute and is poised more than ever before to decisively deal with individuals or groups that threaten the peace, security and stability of our great nation,” he stressed.

In his speech, the Governor Udom Emmanuel of Akwa Ibom State said the security challenges confronting the nation calls for a military that was ready and equipped to face the problems.

Emmanuel, who was represented by his Deputy, Mr. Moses Ekpo, urged the military to intensify and expand the strategies, techniques and tactics needed to contain all insecurity across the country.

He commended the various security agencies in the state for the synergy and harmonious working relationship among them, which has brought about security in the state, and promised to continue to support them.

“With the security realities confronting our nation, the military more than ever should be ready and equipped to face and confront these realities by ensuring that the service maintains the highest possible standard of continuous training for optional performance.

“It is reassuring that in spite of other operational commitments across the country, the new Chief of Army staff has considered it necessary to organise this workshop.

“To ensure greater cohesion in the service to impact positively on the leadership, operational effectiveness and efficiency of our commanding officers,” Emmanuel said.

Earlier in his welcome address, the General Officer Commanding 6th Division Nigerian Army, Maj.Gen. Sani Mohammed, said the workshop was the first major achievement of the Chief of Army Staff.

He said that the workshop was delayed due to the COVID-19 pandemic, adding that it was an opportunity to enhance training and build capacity for military officers.

Mohammed said the workshop has participants drawn from the South-South region.