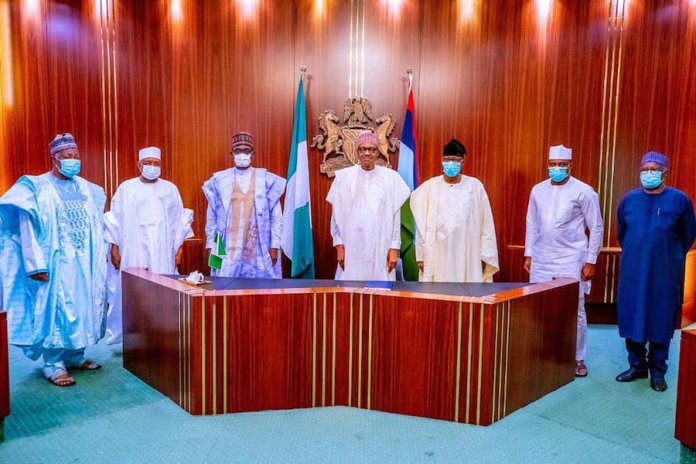 They were accompanied to the State House, Abuja by the Chairman, Caretaker Extraordinary Convention Planning Committee (CECPC) of the APC, and Governor of Yobe, Mai Mala Buni; Governor of Jigawa State, Mohammed Badaru and his Kebbi state counterpart, Atiku Bagudu.