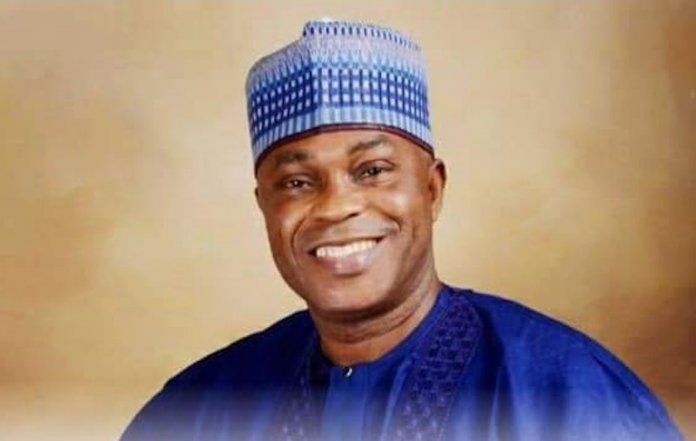 For Abiodun Akinlade representing Ogun State at the Federal Character Commission, it’s another milestone as he turns 54 today, March 21. Akinlade, who was a three-term member of the House of Representatives between 2003 and 2015, is a man who cannot be ignored in the political scene of Ogun State.

With his avid drive to ensure that youths and women in Ogun State are gainfully employed and empowered, he has built a cult-hero status and followership across the state’s length and breadth. Although the Baba Adinni of Yewa land is not presently holding an elective office, he has chosen to use the occasion of his 54th birthday to commission some infrastructural projects he personally sponsored within the Ogun West axis.

Some of the projects to be inaugurated are Information and Communication Technology centre at Ado-Odo, the sickbay centre at Iganmode Grammar School, Ota, and the school hall at Area Community High School, Owode. Aptly described by his admirers and supporters as Baba Omo Keke for his large heart to the youth, especially in the Ogun West zone, Akinlade has carved a niche for himself. His name within and outside the Gateway State rings out with a mythic quality.

No wonder he earned the appellation, “the Man, the Bridge and the Game Changer.”
Born in 1967 in Owode-Yewa, the ever-smiling philanthropist who is the Gem International School’s proprietor, graduated from The Polytechnic, Ibadan, and the University of Ado-Ekiti, where he obtained his Master’s in Business Administration. He is also a recipient of an honorary doctorate of the University de Science, Benin Republic. Among others, he is a member of the Chartered Institute of Local Government and Public Administration and an associate member of the Nigerian Institute of Management.