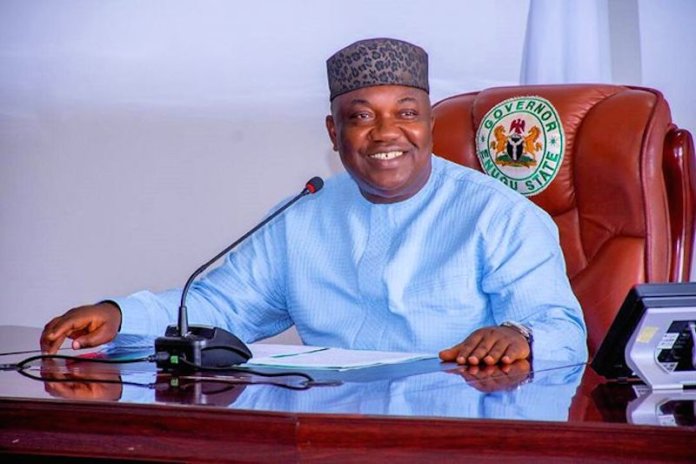 For aides of Governor Ifeanyi Ugwuanyi, the date March 20 often presents a particularly tricky dilemma. It is the birthday of their self-effacing principal, the Enugu State governor who would rather not the gaudy embellishments typically associated with birthday tributes in honour of politicians.

Despite the impressive scorecard recorded since his inauguration, the governor still betrays no obsession for the limelight. For him, fixing roads, constructing bridges, establishing new schools and hospitals and expanding their capacities are just a part of the raison d’etre for governments anywhere they exist. This is no populist posturing. The governor regularly reaffirms this in words and deed. There was, for instance, an incident that occurred in February 2020 that offered a definitive summary of Governor Ugwuanyi’s worldview. Workers in the state had on that day thronged the vast grounds of the Government House to show their gratitude for his swift payment of the new minimum wage and its consequential adjustments.

To get a sense of how significant the workers considered this gesture, it’s important to note that 18 states including those which earn much higher revenue from the federation account than Enugu had yet to commence payment then, and actually still have not. As Comrade Virginus Nwobodo, state chairman of the Nigeria Labour Congress, noted during the appreciation rally, it was “the first time since the inception of democracy in 1999 that a governor in Enugu State would be paying us a new minimum wage without any crisis, stress or industrial action”.
Politicians live for such moments. But Ugwuanyi’s commitment to workers’ welfare is not influenced by a vain desire to earn public acclaim. It is rooted, rather, in the conviction that paying workers is an obligation, not a favour. “A worker deserves his wage,” he told the civil servants. That is essentially the Ugwuanyi paradox. He desires to stay away from the news, but his remarkable works continually frustrate that wish and draw attention to him inevitably.

Like in many defaulting states, the economic downturn could have been cited as a reason for the inability to pay the new, or an excuse to review its continued payment, as a few have hinted at. For him, that is inconceivable. Empathy is an essential quality of leadership. Any leader who lacks that loses their moral authority and vital connection to the people. The Enugu State governor is, commendably, imbued with this virtue.

With his birthday coinciding with the Christian Lenten period and just a few days shy of the Easter celebration, it has often been Governor Ugwuanyi’s tradition to spend the day on a sobering note in the company of persons whose lives make only a fleeting presence in the public mind; persons whose welfare has decidedly been left to the benevolence of religious bodies, non-governmental organisations or individuals with a heart for charity. This year’s will be no different.

Although some may frown at the tendency to laud public officials for performing functions which their office more or less obligates them to discharge, however in a clime where the performance of such duties or willingness thereof is on a perpetual decline, the propriety takes on a compelling tone.

That is not suggesting the governor is himself pleased hearing his many laudable deeds spoken of in a manner that might be deemed exhibitionist. But in this social media age defined by so much half truths and outright falsehoods that make objective assessments of elected officials a near impossible task, how else can one deal with the emergent public cynicism and not be guilty of a self-serving agenda?

It’s a dilemma Gov. Ugwuanyi obviously has no problem resolving. For him, there is no better response to cynicism than good governance. That is a point he sufficiently proves on a daily basis, expanding infrastructural projects beyond the state capital to remote communities, some of which never had any imprint of government presence.

A major bane of governance today is the temptation to always site capital projects in cities where they are practically in the public eye and, as such, likely to draw the most applause. Such ribbon development is mostly at the expense of the rural area’s progress.
It is instructive that rural areas have a larger ratio of road projects in the Enugu State in relation to the urban. So his administration’s rural development plan doesn’t ever seem like an afterthought. This rural-centric philosophy has a very strong basis. “We will continue to pay special attention to rural development because majority of our people live in rural areas”, he noted in his inaugural speech.

The lesson inherent in all this is plain: rural communities should not be places politicians visit only to solicit votes; those who live there are as entitled to the good life as everyone else because their stake in democracy is no less important to urban dwellers’ sense of entitlement. This is the paradigm shift Gov. Ugwuanyi has enthroned in Enugu. That is why his birthday celebration is, to all intents and purposes, a toast to inclusive governance and peaceful coexistence.

––Ani, former editor of ThisDay – The Saturday Newspaper, and Saturday Telegraph, is a senior communications aide to the governor of Enugu State.