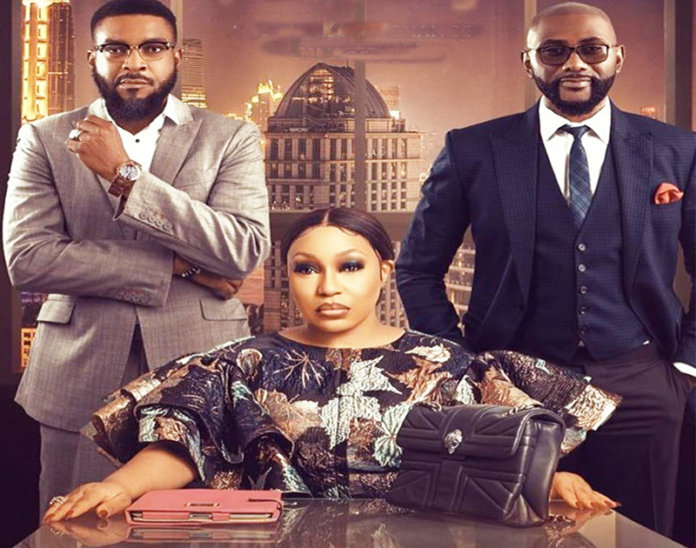 Upcoming Nollywood movie, The Therapist, unravels a woman on the quest to change so many things, using love, betrayal and marriage. Ferdinand Ekechukwu reports

“From 26th of March 2021 in all cinemas nationwide, you all will have the opportunity to experience this amazing story, all cards came on deck to create this magic for you,” Kayode Kasum’s post announces, alongside the official trailer to his latest movie, ‘The Therapist’. It is not unexpected to see this director push his cinematic work as he always does. The two minutes trailer signposts scenes and sights to look forward to in the upcoming feature film. “I look at you and you know what I see? Nothing!” Not Kasum’s words though, but a mention in the trailer’s opening which further shows the characters.

There’s Rita Dominic’s character which the said comment derides. She storms out of what looks like a date. She is connected to two women Michelle Dede and Toyin Abraham’s character. But what exactly is her connection to this other woman which she’s simply trying to help? She did. She’s “The Therapist”. But the woman is actually thinking of something…. “You know I have a lot of friends that have the kind of problem that me too I have before you helped me. And I know they will need the kind of help, this thing that you people are doing. If you can be doing it, trust me, you will make a lot of money.”

Truly, there are women out there who need their help, ranging from sex to relationship, and marriage. Ironically, these therapist characters hardly get self-therapeutic effect for their own issues. In the course of their duty, they hire a private investigator, played by Tope Tedela. He’s a bit crazy but the best. He seems to end up shagging his matron’s subject. These so far highlight the Genesis Pictures and Hedge Productions new drama, The Therapist. This movie follows the amazing story of a young lady who makes a stronger comeback by helping unhappy married women get through their setbacks, after losing everything to her abusive ex-husband.

It unravels the length a woman on the quest to change everything will go to while exploring diverse ways ranging from love, betrayal and marriage take their course. Set in modern-day Nigeria, the plot centres on Eloho Odafe who loses everything in a divorce to her abusive ex-husband. Reduced to a penniless and desperate woman, Eloho decides to help unhappy women seeking to divorce their abusive and unfaithful husbands. “The Therapist” addresses culturally relevant concepts ranging from love, betrayal, deceit, marriage and law. As this enthralling drama unravels, it leaves everyone with the big question: what happens when a woman is on a quest to change everything? The Therapist has an answer.

Watch the captivating drama that unfolds in this Nollywood movie premiering on March 26, 2021 across all cinemas nationwide.

The feature film, aside its classy costumes and scenery, boasts of an impressive lineup of Nollywood’s finest acts including Rita Dominic who plays lead. Other stars include Chidi Mokeme, Michelle Dede, Shaffy Bello, Tope Tedela, Anthony Monjaro and Anee Icha.