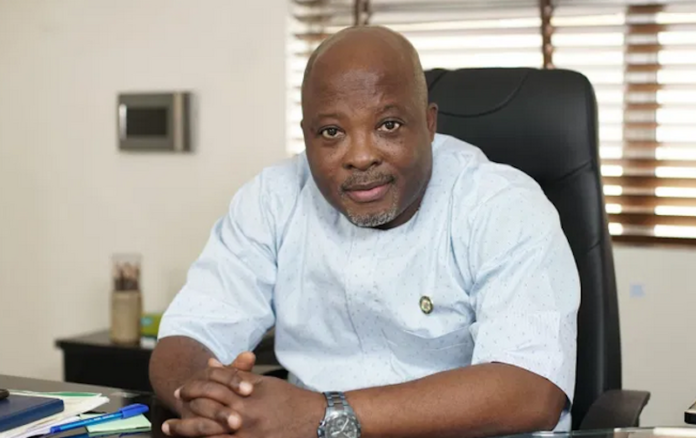 Ahead of the Super Eagles Africa Cup of Nations qualifier match against Lesotho slated for the Teslim Balogun Stadium, Lagos, on March 30, the Chairman, Lagos State Sports Commission, Sola Aiyepeku, has stated that the return of the senior national team to Lagos would not be one-off.

In a chat with THISDAY, Aiyepeku said the Lagos State Governor, Babajide Sanwo-Olu, was enthusiastic about the Super Eagles returning to Lagos and that he gave the go ahead for the team to play in Lagos and was indeed looking forward to it.
‘’The Super Eagles Lesotho encounter will not be a one-off thing as several provisions have been put in place at ensuring that the state hosts several matches involving the senior national team,” Aiyepeku said.

The Lagos State sports boss ,however, assured soccer-loving Lagosians that more matches involving the Super Eagles await them.
“Lagos has always been the home of football and indeed home of the Super Eagles and that is why the governor wants to ensure it returns to status quo,” the Chairman, Lagos State Sports Commission noted.

“The Eagles – Lesotho match will be carnival-like. We want to make it a carnival here in Lagos because the Super Eagles must have booked their place after the game which would make the atmosphere more enjoyable,” he expressed.
The last time the Super Eagles played in Lagos was a friendly game against Sierra Leone, which the host won 2-1.
Nigeria lead Group L of the AFCON qualifiers with eight points and victory over Benin or Lesotho will seal their place at the biennial tournament, scheduled for Cameroon in 2022.

On the upcoming National Sports Festival billed for Benin City, Edo State, Aiyepeku said the state is well prepared for the showpiece just as he admitted that the several postponements the festival had suffered would definitely take its toll on the athletes.
‘’The athletes would definitely feel the effects of the several postponements the festival had suffered earlier, and it would be tight for them.” Aiyepeku said he is however optimistic that the effect would not be too much on the state athletes.

“Our athletes had gone through camping twice, which will place them in good stead to do well in the competition. They did not stop training even though the Coronavirus and many of them will definitely do the state proud,” he assured.
The Executive Chairman, Lagos State Sports Commission, also noted that the festival will also serve as an avenue for the athletes to prepare for the 2020 summer Olympic Games in Japan.