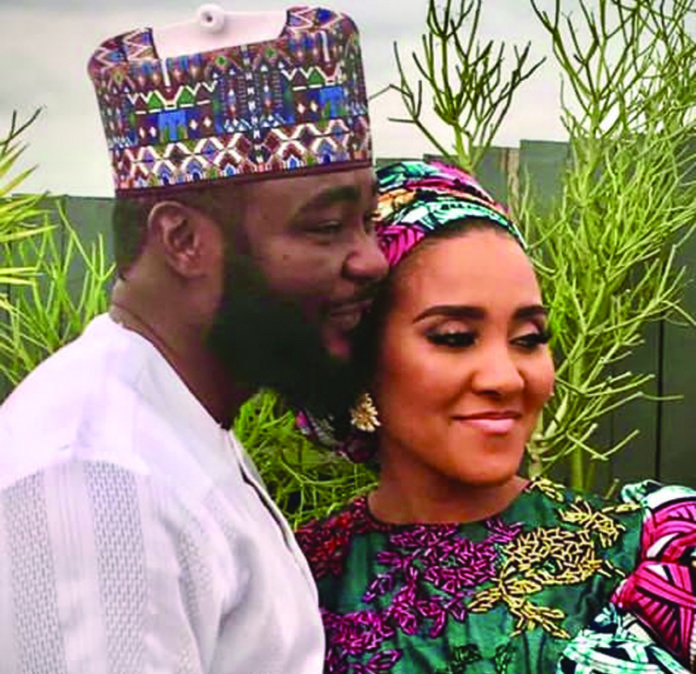 Marriage follows a strong tradition and is intended to be a lifelong commitment. In 2018, Jamil Mohammed Abubakar married Fatima Dangote in a lavish ceremony, and many famous people were in attendance for their special day. Fast forward to 2021 and the Fatima and Jamil are celebrating their third wedding anniversary. Fatima is the daughter of billionaire business magnate, Aliko Dangote. The gorgeous Fatima Dangote is a lawyer by profession. She runs the Cupcake Factory which she founded in Lagos.

Her hubby Jamil, a pilot, is the son of former Inspector General of Police, Mohammed Dikko Abubakar. He is also the head of the JMD Foundation, which works to eliminate poverty in Nigeria and helps the less privileged members of society. They had their wedding fathiha on March 16, 2018 in Kano state. Celebrating her as they mark third year wedding anniversary, Jamil in the early hours of last Tuesday, shared some photos from their wedding ceremonies and wrote: “Happy Anniversary lover!!! 100 more years to go! (ISAH”).

Though he is known to be a socialite, Jamil gained more popularity when news broke that he married Fatima in a fairy-tale wedding, which held in Kano, Kaduna and Lagos, respectively. Throwback: The eight-part wedding was a grand display of tradition and love. They dubbed the celebration #Famil2018, with photos of their union splashed on social media. With luxurious images from #FaMil2o18 making rounds all over the web, one question emerged on the minds of many Nigerians: “Who is the lucky guy that had the guts not only break into the garden, but steal a flower from the garden of the richest man in Africa?” Dangote in a one minute video he made for Fatima had said Jamil had done his homework. Apparently Jamil had been a son to the mogul before he even knew he would be his father-in-law.

The wedding festivities had Fatima’s mother hosting a mother’s dinner, which then continued to a Kamu ceremony in Kano. It officially marked the commencement of the traditional rites before the nuptial ceremony climaxed in Lagos at the Eko Hotel and Suites. The wedding reception was a gift from the bride’s father and attended by many influential people inside and outside Nigeria. The series of events was well attended by dignitaries like Vice President Yemi Osinbajo, and former Head of State General Abdulsalami Abubakar, Speaker of the House of Representatives Yakubu Dogara, and APC leader Asiwaju Ahmed Bola Tinubu.

Other notable attendees include then Senate President Bukola Saraki, and Vice President Yemi Osinbajo. American entrepreneur and philanthropist Bill Gates was also in attendance. There were also a plethora of A-list entertainment celebrities and friends of both families in attendance. Some of the A-list artiste friends of Fatima’s boo are M.I., D-Banj, K-Cee, P-Square, Vector, Wande Coal, Ice Prince, Phyno, Wizkid and Davido. Phyno, Wizkid and Davido all performed at Jamil’s lush ceremony. “It was such an exciting day. I was amazed when I saw Fatima at the end of the aisle. It was amazing to celebrate our union with so many notable people, as well as close family and friends,” Jamil said.

In August of 2019, Jamil and Fatima welcomed a baby girl into their family. An immensely excited Jamil said on the baby: “I’ve always known I wanted children. Holding my baby girl in my arms was the best moment of my life so far. I know she will grow up to do great things.” Jamil and Fatima’s union has been incredibly joyful: “I’m grateful for my wife every day. She’s so amazing, and I couldn’t imagine my life without her,” Jamil adds. 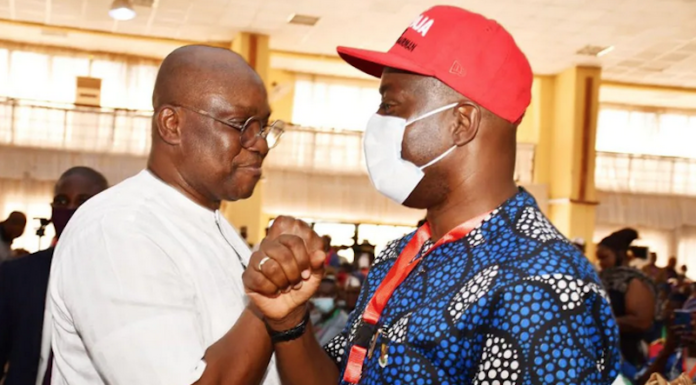