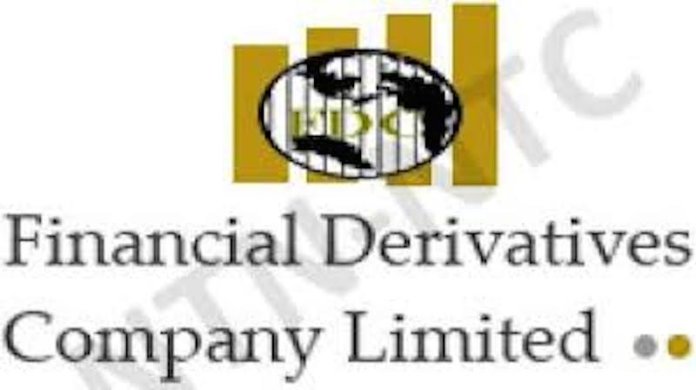 The Financial Derivatives Company (FDC) has warned that the rising crude oil price, which could rise above $100 per barrel, may sway the federal government to jettison its economic reform agenda to diversify the nation’s revenue sources.

The FDC, in its latest bi-monthly economic bulletin, stated that the “major risk to higher oil prices is the reversal of key economic reforms put in place by the Nigerian government to bridge the deficit gap, boost economic growth and development of the economy.”

It added: “With the gradual shift to electric vehicles, oil is gradually becoming obsolescent and this will lead to a drop in investment by the oil majors.
“But lack of investment will be a disincentive to production and could lead to a further increase in oil prices to triple digits (i.e., $100).”
It, however, urged Nigeria to initiate efforts towards boosting foreign exchange inflows by increasing non-oil exports.

According to the FDC, this will require sector-specific policy initiatives to attract investors and develop the non-oil sector.
The FDC also projected that the Central Bank of Nigeria (CBN) would mop up liquidity in the money market and increase interest rate as its Monetary Policy Committee (MPC) meet on March 23 and 24 in order to contain inflationary pressure and improve yields to attract dollar flow into the economy.
“We expect the CBN to mop up liquidity in the money market through OMO sales to further push up interest rates. On the other hand, the MPC has been scheduled to meet on March 23rd and 24th.

“An increase in the interest rate would push up foreign exchange inflows in the money market. This would, in turn, drive the need to save,” the FDC stated.
It projected that the price of crude oil would grow above the $70pb threshold by April or latest in May as the demand for crude oil continues to increase and more countries inoculate their residents and fast-track the economic recovery process by the lifting of the lockdowns, the reopening of economies and resumption of key business activities.

It stated that a global recovery would benefit Nigeria, which is highly dependent on imports, as this means more trade flows. In addition, it will also trigger the initiation of new projects to be embarked upon by governments and the resumption of halted projects.
The report listed other effects of the envisaged economic recovery to include an increase in investment flows and remittances from abroad as businesses employ more workers, which will support Nigeria’s growth process.

It attributed the rising crude oil prices to the current economic recovery after the slowdown caused by the impact of COVID-19 on the global economy and the decision of the Organisation of Petroleum Exporting Country (OPEC) and its allies’ to extend the ongoing cuts in crude oil output to April 2021.
The effect of the cut is that “oil prices rallied higher immediately and have been on the increase, supported by improving Asian fuel demand and the distribution of COVID-19 vaccines, which have boosted market sentiment of a quick recovery in global oil demand.

“This is occurring at a time when the prices of global commodities are on the increase and inflationary pressures are rising especially in emerging markets.
“Rising inflation means that returns on investments would fall barring upward adjustments of interest rates by the monetary authorities to support yields.
“Adopting a tightened stance now may be premature for many economies that are still battling with negative growth rates and in need of significant stimulus to boost their economies.

“In Africa for instance, Nigeria despite posting a surprise positive growth of 0.11 per cent in Q4 2020, is not yet out of the woods and has an inflation rate that could cross 17 per cent in February,” the report said.
The FDC added that the downside of the rising crude oil prices is the resultant increase in the domestic petrol prices that would most likely occur if global oil prices continued to rise and the naira continued to fall at the IEFX window.

“Currently, the government and organised labour are yet to finalise on the next steps. But, one thing is clear, the era of subsidies is gone; it is just a matter of time and how much more Nigerians are going to be paying to buy a litre of fuel,” it added.
The FDC said from all indications, the crypto market would not stop functioning and advised the CBN to invest in understanding the cryptocurrency market and utilise it to attract much-needed investment inflows.

“The macroeconomic picture is still not inviting, and an uncertain policy environment coupled with multiple exchange rates will keep investors sceptical.
“Nigeria is already high risk for investors and with the rising total debt stock, a widening fiscal deficit estimated at N5.6 trillion and an infrastructure gap estimated at $100 billion annually, there is a need for fiscal and monetary policy consolidation to attract investment. An increase in capital inflows will boost productivity and output levels,” the report said.