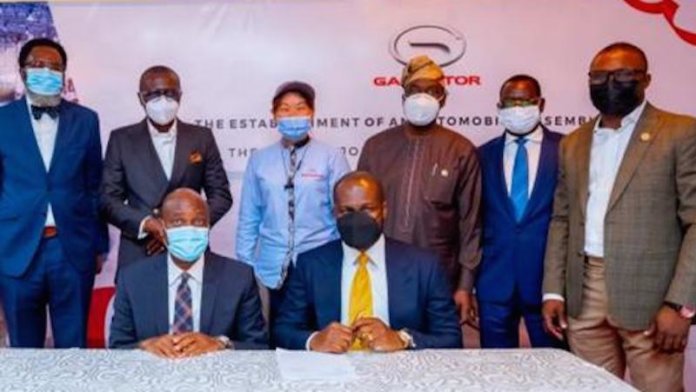 The governor announced this while also commissioning the first 1,000 cars for the new transport scheme – “LagosRide” at the event.

The legal agreement for the establishment of the automobile plant was put forward by the CEO of Ibile Holdings Limited, Mr. Abiodun Amokomowo representing the state government, and the Vice Chairman of CIG Motors, Dr. Linus Idahosa, who represented CIG motors.

Sanwo-Olu and the Chairman of CIG Motors, Chief Diana Chen further unveiled the automobiles comprising the GAC GS3 (Mini-SUV) that will kick off the initial phase of the new LagosRide project.

Chen, in her remarks, emphasised the mission of GAC Motors, promising a mobile Lagos with the advent of the new venture.