Aiteo Group has raised the alarm of an alleged plot by Shell to launch media campaign to malign the reputation of the company and its Executive Vice Chairman, Mr. Benedict Peters.

Group Head, Media Operations, Aiteo Group, Mr. Ndiana Matthew said in a statement last night that the attention of the company was drawn to this plot following the coverage of a press conference held yesterday by ARISE NEWS Channel, the broadcast arm of THISDAY Newspapers.

The press conference, according to the company, was organised by the Concerned Nigerians and a number of leading civil society organisations, including the Arewa Consultative Youth Movement, African Human Rights Centre and National Association of Nigerian Students.

“In the course of this event, the speakers alerted the public of the existence of a plot by oil giant, Shell, to instigate and propagate a global smear campaign against us. It appears that this calumnious campaign is being prosecuted by, amongst other antagonists, individuals and entities,” the statement said.

“What transpired from the press conference today is that the participants confirmed that Shell has committed substantial resources towards impugning Aiteo’s corporate integrity, presumably to exert penalty and punishment on Aiteo for mustering the temerity to demand and insist on its contractual and commercial relationship rights,” the statement added.

Aiteo said it became “aware that the execution of this campaign will rely heavily on the dissemination and deployment – anonymously, pseudonymously and by remunerated proxy – of deliberate misinformation and incorrect reportage aimed at discrediting and tarnishing our reputation, locally and internationally. This oblique and disingenuous campaign, which we now realise commenced a few weeks ago, appears to have been shamelessly escalated and brazenly intensified”.

The company noted that while the dispute resolution between it and the international oil company (IOC) continues, the alleged plot by the IOC targeted at maligning the reputation of Aiteo and its Executive Vice Chairman, Peters, is deployed to divert the public attention from the pertinent current issues.

Aiteo said it has continued, unperturbed, to undertake and accomplish its identified objectives in its resolve to remain one of the foremost indigenous oil and gas companies in Nigeria.

“As an indigenous company providing jobs for thousands of Nigerians directly and tens of thousands indirectly, in addition to substantial contributions to the economy, we see ourselves as being one with Nigeria, the country where we have our roots. Oil assets do not exclusively belong to any oil company, but are the collective entitlement and commonwealth of the people of Nigeria, who give companies like ours the assets in trust and social license to operate. This is why issues such as pollution and oil theft have deep impacts on the Nigerian people especially where its effects directly result in degraded environments and loss of public revenue. This also explains the motivation for groups of non-governmental, non-profits organisations to come out as they have done to openly challenge such a powerful entity as Shell,” Aiteo explained. 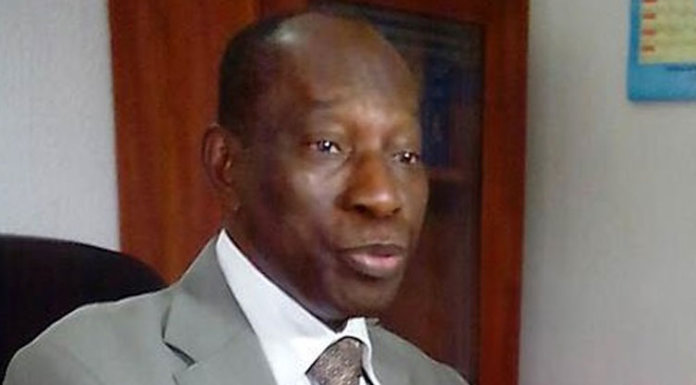