Joe Biden has his work cut out for him in Mexico, writes

Meghan Markel’s resurrection came when Oprah Winfrey lifted tomb stones laid over her and her husband by the British monarchy’s cold-lipped architecture. The explosion of her petals greeted the dawn of 2021’s International Women’s Day.

The sprouting of rage across Africa linked the condition of British royalty in 2021 to statements of political resolve by Prime Minister Abubakar Tafawa Balewa at the United Nations in 1960; and Prime Minister Kwame Nkrumah of Ghana in 1957. Balewa had said that Nigeria would combat the humiliation of peoples of African descent anywhere on the globe. Nkrumah proclaimed that Ghana’s independence would roll over racial domination across Africa.

Here was a case in which a beautiful and very talented young woman had been pulled into marriage by Prince Harry, thereby, re-entering African blood into the topmost symbol of English identity. There were echoes in both her stunning beauty, grace, charisma and non-royal roots to Harry’s globally enchanting mother Princess Diana. Many women across Africa prayed that Markle would not also die from planned motorised assassination as had been Diana’s fate.

It had been speculated that Diana’s crime was being pregnant from a relation with an Egyptian son of a tycoon, thereby threatening to bring Arab blood into the river of an Anglo Saxon dynasty. Meghan and her husband had just announced that she is pregnant.

From her report to Oprah about tongues wagging over the possible horror that her child could be ‘’dark skinned’’, Balewa and Nkrumah must have wondered what might have been said about them when they ate at the Queen’s dinner. Now they considered nudging Robert Mugabe to shoot down arrows into President Yoweri Museven’s tongue to end Africa’s silence and push back the venom being hurled at that daughter of Africa.

One group of Africa’s Diaspora who have been suffering in silence and global neglect are over three million Afro-Mexicans. A group of scholars at Rutgers University in the United States of America, in a book titled: ‘’THEY CAME BEFORE COLUMBUS’’, noted that rows of stone faces on the east coast of Mexico have BLACK AFRICAN FEATURES which suggest that when the first Black African explorers arrived, the native people saw them as Divine Kings from the east and venerated them in art works in huge stone sculptures.

The over three million Afro-Mexicans of today are, in part, descendants of this migration. They were met by slaves who rebelled from Spanish exploitation in mining and agricultural enterprises. The record is that they formed military units which over several decades defeated all invasions thrown at them.

The current population of three million puts them in good company with eleven countries in Africa. From Eritrea’s 3, 354, 421 to Equatorial Guinea’s 1, 402, 985, there are 10 countries with populations lower than those of descendants of Black Africans in Mexico. Among them are oil-giants in Africa, namely: Gabon (with 2, 225, 734) and Equatorial Guinea (with 1, 402, 985). Both countries are ‘’kleptocratic dictatorships’’ – to quote a Guinean scholar interviewed by South Africa’s SABC television channel.

Two stars among them are Botswana (with 2,351, 627) and Namibia (with 2, 540, 905). Both of them have invented good governance for their people following long periods of colonial terrorism. Their low population is linked to forced deportation of young men to do slave labour in mines and farms in South Africa. Botswana has added the glamour of cutting their crude diamond carats for export at higher prices in the international market.

Professor Macias-Gonzalez, a Mexican, in a Facebook communication to me (on 11th March, 2021) proposed that ruling white racial groups – who constitute only 20 per cent of the 110 million population –continues to exclude Afro-Mexicans from national development. Films they export limit Black Mexicans to menial roles as cleaners or nannies. Other racial groups are trapped under poverty.

The high rate of deaths from COVID-19 among Afro-Mexicans, African-Americans and Afro-Brazilians is aided by poverty, unbalanced nutrition and racist indifference of former president Donald Trump and president Bosario in Brazil. This highlights the urgency of intervention by diplomatic initiatives by the African Union.

The Government of Ghana took the lead in lending symbolic support to the storm of rage and pain which followed the barbaric killing of George Floyd by a white policeman. The resulting storm of multi-racial protests in the ‘’Black Lives Matter’’ movement spread across the Atlantic and hit Britain, France, Scandinavian countries and Australia also rocked Brazil. It is not clear that the ‘’Black Lives Matter’’ protesters in the American heartland noticed the oppressed three million Afro-Mexicans.

President Biden is bashing China over ‘’Human Rights’’. Africa and Meghan Markle must urge him to dredge out human rights pain in Mexico. 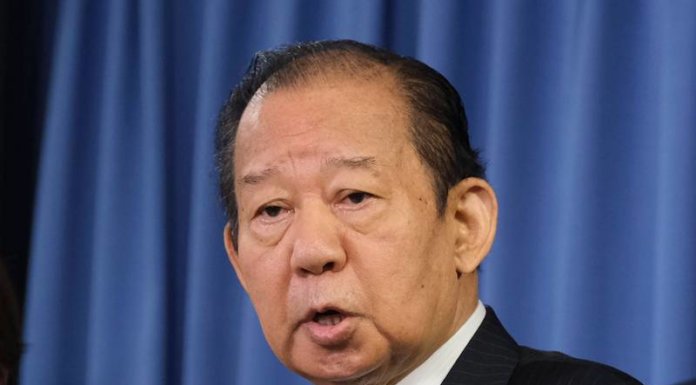