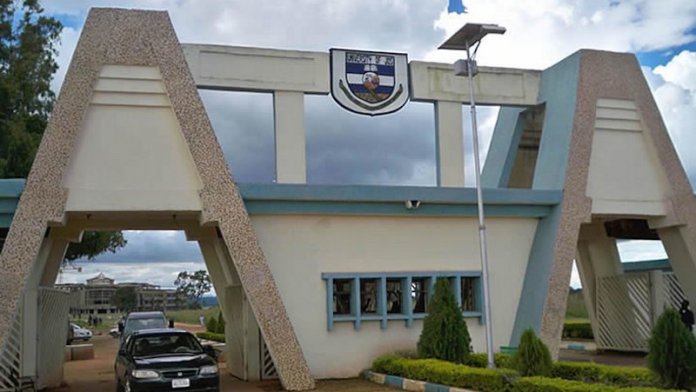 The Governing Council of University of Abuja has approved the appointment of Professor Clement Alawa and Professor Abubakar Sadeeque Abba as Deputy Vice-Chancellors Academic and Administration, respectively.

The Council’s approval followed the endorsement of the VC’s request to senate for the re-appointment of Professor Alawa for a further period of two years after a successful two-year tenure.

Professor Abba was elected by the Senate at its 67th extra ordinary meeting held on February 24.

The Head, Information and University Relations, Dr. Habeeb Yaquob and Registrar of the institution, Mallam Yahya Ibrahim Mohammed In a statement made available to THISDAY, said the appointments were confirmed at the 89th regular meeting of the governing council held on March 1.

He said both appointments took effect immediately and would last for a period of two years.

Alawa, a Professor of Animal Production was born on January 11, 1961 in Bodo-Ogoni, Rivers State and is a graduate of Veterinary Medicine from the Ahmadu Bello University, Zaria, and holds a Master’s and Doctorate degrees in Animal Science from the same University in 1994 and 2003, respectively.

Professor Alawa began his career as an Assistant Research Fellow at the National Animal Research Institute, Ahmadu Bello University (ABU), Shika – Zaria, between 1989 and 1994, rising to the rank of a Principal Research Fellow in 2006 and Professor in 2009.The new Deputy Vice-Chancellor Administration was born on November 29, 1967 in Yola, Adamawa state. He graduated in 1997 from the University of Maiduguri with a Bachelor of Science degree in Political Science, and had his M.Sc., and PhD degrees from University of Abuja in Political Economy and Development in 2004 and 2011, respectively.

Abba who began his teaching career as a primary school teacher rose to become Head Master at Modibbo Raji Islamiya Primary School, Wuro – Modibbo and was also a secondary school teacher (master grade II) between 1989 -1992. He joined the service of the University of Abuja in 1999, and rose to the rank of a Professor with specialisation in Conflictology, Alternative Development Paradigms in 2018.