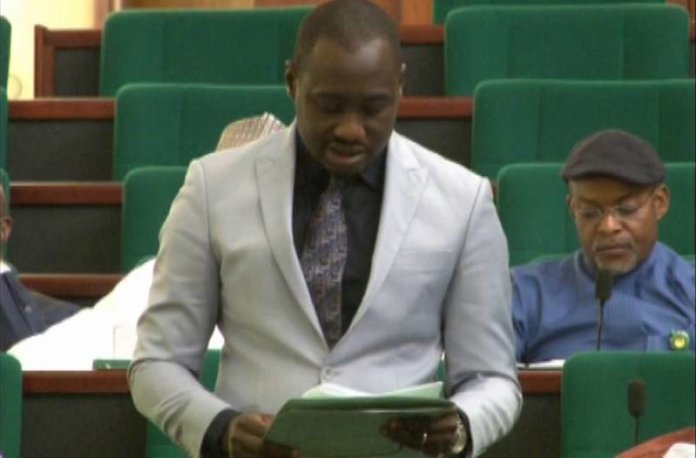 A member of the House of Representatives representing Ogoja/Yala federal constituency and senator-elect for Cross River north senatorial zone, Hon. Agom Jarigbe has alleged that some National Assembly staff hid his file from getting to Senate President Ahmed Lawan thereby delaying his swearing in for over two weeks.

Recall that the Supreme Court had on February 25, 2021 sacked Senator Stephen Odey and declared Jarigbe as the authentic senator-elect for Cross River north.
Despite being sacked by the apex court, Odey has been attending plenary and sponsoring motions on the floor of the senate.

But speaking to journalists in Abuja, Jarigbe lamented that some unscrupulous administrative staff in the parliament decided to sit on his case file to forestall his being sworn in.
He said the file only got to the table of the Senate President on Wednesday after the intervention of the Clerk to the National Assembly, Arc. Amos Ojo.

Jarigbe described the action of his opponent, Odey attending plenary as illegal despite being sacked by the court.
The lawmaker explained that he has a certificate of return, which has been issued to him a long time ago based on the Appeal Court, which actually invalidates his certificate of return and that has been transmitted to the National Assembly.

Jarigbe while expressing optimism that he will be sworn in by the Senate President, Ahmad Lawan, however said if he’s not sworn in immediately because of certain bureaucratic protocols that have to be followed, the man who is attending plenary illegally, Stephen Odey should be stopped from desecrating the parliament.