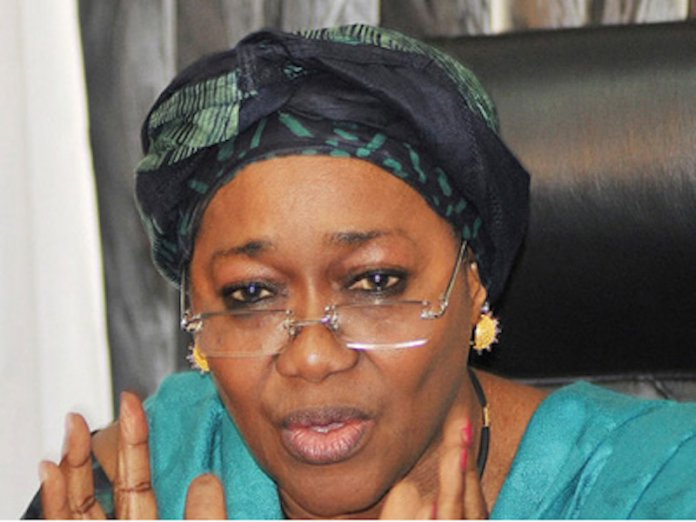 Former chairman of the Economic and Financial Crimes Commission (EFCC), Mrs Farida Waziri, has described as appalling the rate at which criminal elements specifically target women and children as victims of their evil ventures .

Waziri, a retired Assistant Inspector General of Police, AIG, stated this in a statement released in Abuja to commemorate the International Women’s Day. She stated that women and children are exceptions in situations of violence in civilised climes and wondered why insurgents, bandits and kidnappers in Nigeria continue to feast on the most vulnerable and innocent in the society as their soft targets.

According to her, “it is against human feelings and nature to continue to make our women and little children targets of kidnapping, rape and other forms of violence in this age and time. This shows the bestial nature of these criminal elements and I find their modus operandi appalling. All over the world, women and children are often protected by parties in situations of violence; unfortunately, in Nigeria, they are the targets and the worst hit.”

She said Nigerians of old are lovers of women and children, wondering how the country lost its cherished values to criminalities. “In years past, these things were strange to our people but it’s shocking they are now becoming the new norm and no effort must be spared to reverse the ugly trend,” she stated.

“Let me seize the opportunity of the International Women’s Day to appeal to the authorities to devote more resources to the ongoing efforts to wean our youths and others from illicit drugs which have been altering their human nature and turning them to elements below animal cadre. “Nigeria must be made safe for our women and children to grow and flourish. Opportunities must be made abundant for them to fulfil their dreams without any hindrance. This is how our society can develop like other great nations of the world”, she added.

The former EFCC boss commended President Muhammadu Buhari for recognising the strategic role of women in national development by giving them important positions in his government. She however asked for more offices for women to promote gender parity with other countries like Togo, Kenya, Ethopia, South Africa among others.

“Women are by their nature caring and compassionate. It is unfathomable for women to wear military uniforms and go to kidnap their own children for reasons ranging from political, financial, greed, hate and more. These are things women can never do”, she stated.