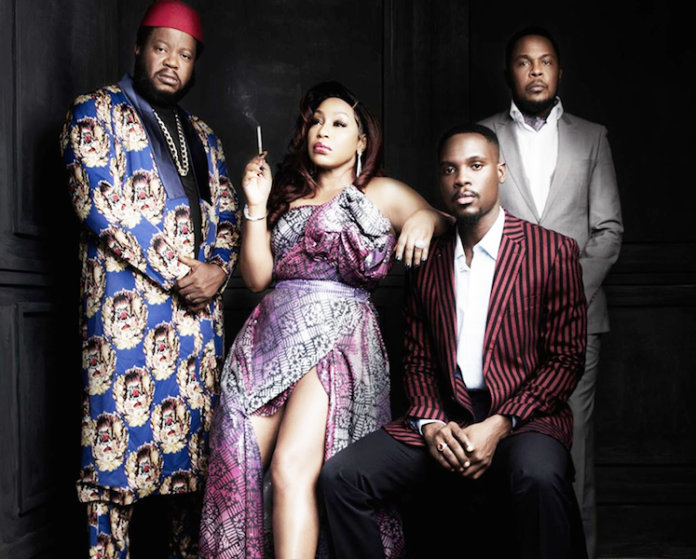 With a nationwide release date for March 19, long-awaited psychological thriller, ‘La Femme Anjola’ offers something different, special as it set for opening in theatres and also on digital platforms. Ferdinand Ekechukwu reports

Highly anticipated Nollywood movie “La Femme Anjola” was screened to a select members of the press at the Ebony Place last Thursday. An exclusive premiere is scheduled for Sunday March 14 preceding the cinema release date for Friday March 19. The buzzy psychological thriller is the latest offering of The Audrey Silva Company (TASC), a production outfit jointly owned by Mildred Okwo and superstar actress, Rita Dominic.

The combination of the skills of Okwo and Dominic and the screenplay by Tunde Babalola makes the upcoming neo-noir movie a must watch at the cinemas and other streaming platforms. This production appears several notch higher than her other films and gives Okwo every reason to be excited about it. The movie has the classic elements of film noir but with an African twist. It tells the story of a young stockbroker named Dejare (Nonso Bassey) whose life is turned upside down when he falls head over heels for an unusual lady named Anjola (Rita Dominic) married to a seemingly wealthy gangster.

Confirming previous disclosures about her mental state while on the set for LFA, Dominic said she was momentarily in a “dark place” after having to embody the main character for months during the shoot. “For me, I like a character that scares me and she did that when I read the script. I connected with it on a very deep level. It was like I was lending my body to this Anjola woman to use as a vessel to tell the world her story,” she said. “It was intense. I had to be in that space for the 26 days we shot in Nigeria the remaining parts in South Africa, six months after we finished here. You can’t really let go of the character completely and can’t get back to being you.”

Okwo while announcing the March 19 cinema release of the film, explained: “As a filmmaker, I am drawn to telling stories that capture the essence of what I observe and La Femme Anjola is one of such… With this story, I have presented a classic noir tale with a distinctively African twist. LFA speaks for the times we live in where we can no longer tell our heroes from the villains. I hope you get to the cinemas to watch it if only to show our cinema operators that Nigerians love a variety of films. I hope you enjoy this film and that it stirs up that age-old self-righteous banter about what we can and cannot do in this life.”

The feature film packs sterling cast including, Ego Boyo, Chris Iheuwa, Browny Igboegwu, Mumbi Maina (Kenyan star actress) and Femi Jacobs. Jacobs got his Nollywood breakthrough his lead role as Makinde Esho in Okwo’s 2012 “The Meeting”. Nonso Bassey, aside getting his first opportunity at the big screen with this film, is extremely proud of La Femme Anjola because it offers something different and “everyone involved; cast, crew and even the financiers giving it their all just makes me believe we did something special. I want everybody on earth to see our film. I am very proud of it.”

At the screening, Bassey, who is a musician, recounted his experience transitioning into the acting space. He also detailed the research processes he shouldered, including several trips to the stock exchange. “First, my character is a stockbroker by day and a saxophonist by night. And I’m none of these things. I’m a singer so I had to learn how to play the sax. We didn’t have a lot of time so I had to learn how to finger it,” he explained.

The film will be distributed by, Silverbird Distribution and released digitally for the rest of the world on a paid platform using assets specifically created for this. LFA has been at least five years in the making. The bulk of this time was spent sourcing funds that could deliver a film on the scale that producers Okwo and Dominic envisioned.

With the funding secured in March 2019 from Lagos based GTI Securities as well as other private investors, Okwo rounded off production in time for a 2020 release only for the rollout to be upended by the Covid-19 pandemic. However, Okwo is optimistic that the investment in making quality Nigerian films with a strong universal appeal will be worth the effort and that this novel release plan will be successful.