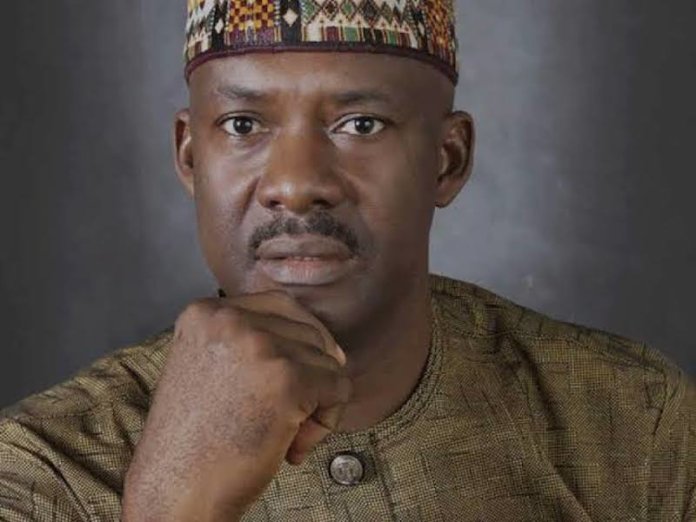 Ighodalo and several others were appointed to the committee with the goal of mobilising Nigerians to take ownership of the fight against drug abuse.

The honour was bestowed on the anti- drug campaigners in Abuja during the inauguration of the “Special Purpose Committee (SPC)” to mobilise Nigerians take ownership of the fight against drug abuse.

Accepting the honour, Ighodalo noted that he was “ humbled and honoured to be member of NDLEA Special Purpose Committee”, adding that “as the name implies, SPC is a critical and strategic committee of His Excellency General Mohamed Buba Marwa (Rtd), OFR., Chairman Chief/Executive Officer, NDLEA”.

Earlier before the inauguration, the agency said the all-inclusive committee will ensure the involvement of Nigerians in the renewed onslaught against illicit drug use.

A statement signed by the Deputy Commander of Narcotics, DCNPSO, Public Affairs, Jonah Achema, noted that the Chairman, Chief Executive Officer of the agency, Brig. General Mohamed Buba Marwa (Rtd), disclosed this when a delegation of the Nigeria Chapter of International Society of Substance Professionals, ISSUP, paid him a courtesy visit at his office in Abuja.

According to Gen. Marwa, everybody has a stake in ensuring a drug free Nigeria and should be given a platform to contribute.

He said the Committee to be known as “NDLEA Chairman’s Special Purpose Committee” is a whole-society strategy to form a coalition of stakeholders against the drug menace and will be made up of wide-ranging strata of society.

The NDLEA Chairman, stated that controlling substance use in Nigeria is a task that must be done stressing that the drug demand reduction department will be reorganised and streamlined under his leadership and would pay greater attention to drug prevention.

He posited that prevention will be central to his administration’s drug control efforts since they have the responsibility to prevent more than one hundred and eighty million Nigerians that are yet to get involved in drugs.