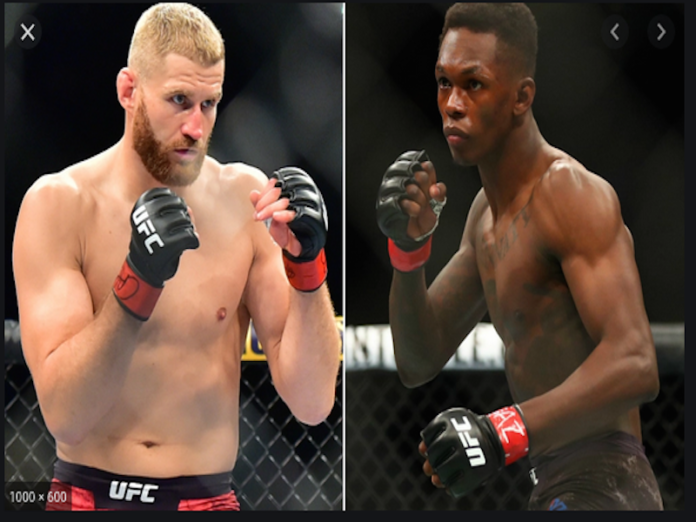 Top martial art star, Israel Adesanya, intends to burnish the legend when he aims to become just the fifth fighter in UFC history to become a two-weight champion simultaneously

The Nigerian steps into the octagon against Jan Blachowicz, the light-heavyweight title-holder, in a bid to add to his middleweight championship honours.

The Pole is bigger, more experienced and older, but none of these are qualities that will unduly trouble Adesanya. He’s made a career of trashing reputations, his speed, power and movement combining to build an unbeaten 20-0 record.

Blachowicz, though, will come hard.

He’s a fearsome striker who has lost just once in his last nine fights, which ensures the likelihood of Adesanya having to work hard.

If “Stylebender” Adesanya is able to defeat Blachowicz, he’ll join Conor McGregor, Daniel Cormier, Amanda Nunes and Henry Cejudo as one of just five fighters in UFC history to hold titles in two divisions simultaneously. That accomplishment would solidify his claim as one of the best UFC fighters ever.

It figures to be a special weekend as UFC 259 will become just the seventh UFC event to feature three title fights, but also the first ever to feature four champions across three fights on a single card.

The other title bouts pit Amanda Nunes, the best women’s fighter in UFC, against Megan Anderson and Petr Yan, the bantamweight champion, against Aljamain Sterling.