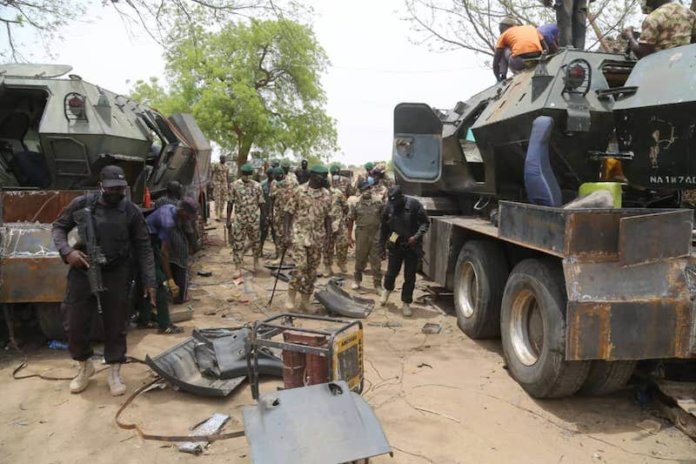 Movement of vehicles on Maiduguri-Damaturu highway was halted for over three hours as military and insurgents engaged in gun battle Sunday.

Security sources told our correspondent that the insurgents at about 7am on Sunday attempted to overrun a military detachment stationed at Lawan-Mainari village on Maiduguri-Damaturu highway.

The village, according to the sources, is a few kilometres away from Jakana which had witnessed several attacks from the insurgents.

One of the sources, who could not confirm for how long the gun battle raged, said the vehicles were prevented from moving on the highway between 7am and 10 am as fighting raged.

He said the insurgents were dealt with by the military .

He said at the end of the battle, four insurgents were killed with the others retreating into the bushes.

The soldiers after the attack, were said to have allowed the vehicles to continue their journey on the highway.