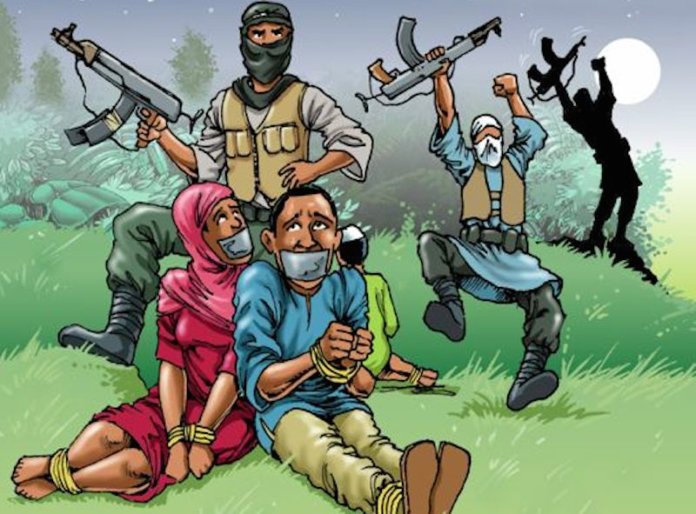 Regulators have to do more to secure the forests

Forest reserves serve important ecological and socio-economic functions and are clearly not for hunting, grazing or settlements. In Nigeria, there are 1,129 forest reserves, 29 game reserves, four game sanctuaries and seven national parks. But these reserves are so mismanaged that while being screened at the National Assembly for an ambassadorial position recently, former Chief of Defence Staff, Abayomi Olonisakin said Nigerian’s next major crisis would come from the forests. According to Olonisakin, a research he conducted three years ago revealed that many of our forest reserves are fast becoming hideouts for criminal gangs.

Sambisa forest alone in the North-east of the country stretches over 60,000 square kilometres and shares borders with at least three neighbouring countries of Niger, Chad and Cameroon. At the height of the Boko Haram insurgency, Sambisa forest became the tactical headquarters and command and control centre of the insurgents. So confident were Boko Haram members in the protection which the forest offered that they released numerous videos boasting about their invincibility and capacity to kill and abduct innocent Nigerians at will. Criminal elements have also sealed the fortunes of the Yankari National Park, in Bauchi State.

Today, insurgents and bandits have taken over other national parks such as Gashaka Gumti National Park, shared by Taraba and Adamawa States; Chad Basin National Park; Kamuku National Park, Kaduna State; Kainji Lake National Park; Cross River National Park. Other forest reserves across the country may not be as large but they are also increasingly being used as haven for perpetrators of all manner of crimes, including banditry, kidnapping, armed robbery, cultism and cattle rustling. In Rivers State, for instance, criminality is reportedly high in thick forested areas of Gokona, Etche, Emuoha, Ikwere, and Khana councils. Not long ago, security operatives raided a forest in Koro community in Tai local government of the state, where a notorious kidnapper who had terrorised the Ogoni axis for several years, was arrested. In Imo State, most of the forests in Ngor Okpala area have reportedly been taken over by kidnappers.

The motorcycle bandits terrorising the northern parts of the country, the latest group to join the lucrative kidnap for ransom industry, operate from the forests. From Kankara in Katsina State to Kagara in Niger State to the most recent in Jangebe, Zamfara State, bandits now use abandoned forest reserves as their operational bases to camp abducted school children. The greater challenge is that this has become a serious national security challenge.

Last month, Governor, Rotimi Akeredolu ordered illegal occupants to vacate Ondo State’s forest and directed all herdsmen to register. ‘These felons have turned our forest reserves into hideouts for keeping victims of kidnapping, negotiating for ransom, and carrying out other criminal activities’, noted Akeredolu whose order sparked an outrage particularly in the far north, many of whom said it was unconstitutional, a stand backed by the presidency. But Akeredolu was only responding to the action of some criminally-minded herdsmen who wield sophisticated weapons, killing, raping, and kidnapping innocent people, using some of the forest reserves in the South-west as hideouts.

Although forest reserves are public property governed by laws, the regulations of 1953 were merely designed to conserve the forests from illegal loggers, and harvesting of plants. The regulations did not anticipate the emergence of automatic rifle-wielding poachers or bandits and so need to be strengthened to capture present and future sources of danger to the plants and animals in these forests and to their neighbouring communities. In the past, there were patrol guards, armed with dane guns. By the time they were being confronted with heavy fire-power from poachers, they stopped going to work, and then came Boko Haram insurgents and bandits.

Environmentalists are concerned about the possible transmission of zoonotic diseases if cattle cohabit with wildlife. This will be a completely new dimension that the country will find difficult to handle. Thus, the federal government needs to act decisively and flush herders from the forest reserves and national parks to end their use as dens for societal misfits and to prevent deadly transmission of viruses and other diseases. More importantly, the laws and regulations to manage the nation’s forest reserves and parks should be overhauled to fit our current reality.