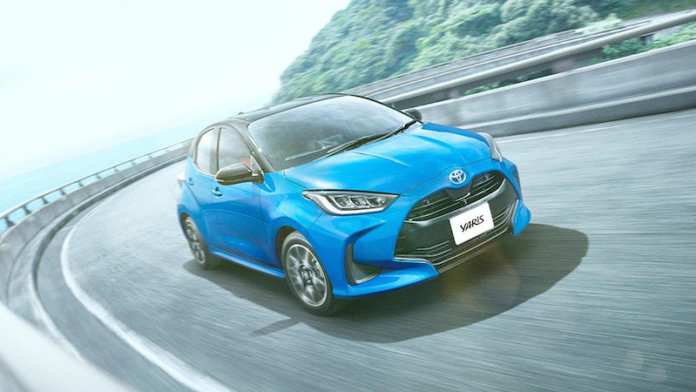 The all-new Toyota Yaris has been named the Car of the Year 2021 in Europe. The award is hosted by nine automotive magazines from nine countries in Europe, in which the jury chooses a car of the year from new models launched in the past year.

In the 58th award this year, seven new models among 29 candidates were named in the shortlist, and on March 1, the winner was announced: the Yaris was named the 2021 car of the year.

The majority in the shortlist were BEVs and PHEVs by European automakers.

The automaker said in a statement that the jury considered Yaris as, “A very good all-rounder in its segment that offers top of class safety features.

“An important car for an important segment. Toyota continues their work to lower the emissions without compromising the car, with this 3-cylinder hybrid.”

“Not happy enough for having the best full-hybrid system in the segment, Toyota made it even better. More efficient, easier to use and it is fun to drive now.” “A major qualitative leap in hybridization and efficiency that allows for almost unbelievable fuel economy figures.”

“Something has happened. Toyota Yaris used to be a reliable, fuel efficient but quite boring little car. The new Yaris is fun to drive, nice to ride in and still fuel efficient and reliable.”

“Yaris is the best all-rounder in this competition. Hybrid is the way to reduce CO2 if customers miss charging infrastructure where they live.”

“The Yaris has been redesigned from the ground into a good-looking small hatch with also interesting riding, thanks to its new platform.”

As reported in a recent Toyota Times article, during its development stage in 2015, the launch of the Yaris was delayed one year from the original target of 2019.

The delay in the launch may have affected the business conditions of Toyota stakeholders such as dealers, but the decision was made to ensure that Toyota builds cars that would put smiles on the faces of customers.

As a result, the delayed all-new Yaris was equipped with a new hybrid system on a much lighter body – 50 kilograms less from the previous generation model, to be specific.

The decision made back in 2015 has contributed to the model achieving very good reviews in this award in Europe.

Some of the jury’s comments also talk about how hybrids are an option to reduce CO2 emissions for city dwellers and for households that don’t have charging facilities.

In Europe, too, there are many people who live in apartments in urban areas (as is the case of Japan and other markets). For such people, it is not easy to secure individual charging facilities.

The Car of the Year in Europe has made it clear that vehicle electrification is being promoted from the view point of real conditions of people’s everyday lives.

Toyota Times asked Akio for comments on the award as he was deeply involved in the Yaris development. He was happy to share his thoughts.