It is expensive to operate, argues Eric Teniola

Covid-19 is ravaging our land and destroying the economy. In the mean time, the economy is under performing. The country has gradually continued to slip back. There is a shortfall on our oil revenue. Nigeria’s foreign capital inflow has sunk to 9.68 billion dollars, the lowest in four years. The International Monetary Fund (IMF) says Nigeria’s economy is at “critical juncture” and has urged for VAT hike.

The central government has hinted to fund the budget from other means apart from oil which is the country’s economic main stay. There is even a discussion by the government to commence the sale of assets in ten state owned corporations, a move that will generate about $800milion dollars. There is the urgent need for us to cut our coat to our cloth. If you cut your coat according to your situation, you limit what you do to the account of your resources. Action should suit circumstances or resources. Is there any need for us to sustain the bicameral system of legislature we are operating now?

In spite of all these advantages and disadvantages, can our economy sustain the Presidential system of government we are running now? Countries with unicameral governments include Armenia, Bulgaria, Denmark, Hungary, Monaco, Ukraine, Serbia, Turkey, and Sweden. Unicameral systems became more popular during the 20th century and some countries, including Greece, New Zealand, and Peru, switched from a bicameral to a unicameral.

Ghana, our neighbour practices unicameral. That does not make these countries less democratic than we are.

We are not discussing about the demerits of democracy for democracy has come to stay. What we are discussing is the reduction in the cost of governance. The Presidential System of government we are running is too expensive and it will lead us to know where. Look at our roads, hospitals, schools, etc., and all the infrastructural facilities we have, they are decaying because of the high cost of governance. Something has to be done in terms of reducing cost.

Let’s take Chile as an example. There were jubilant scenes in Chile on October 26 last year according to a BBC report, after an overwhelming majority voted in support of rewriting Chile’s constitution, which dates to the military rule of Gen Augusto Pinochet. With almost all the ballots counted, 78% had voted “yes” in a referendum that was called after mass protests against inequality. President Sebastián Piñera praised the peaceful vote. He said it was “the beginning of a path that we must all walk together”.

Right-wing President Piñera agreed in November 2019 to hold the referendum after a month of huge and almost daily protests across Chile which saw more than a million people take to the streets in the capital, Santiago.

The protests, which had originally been triggered by a fare hike on the Santiago metro, drew a wide variety of Chileans who shared an anger about the high levels of inequality in Chile onto the streets. One of their key demands was to reform the old dictatorship-era constitution, which they argued entrenched inequalities by putting the private sector in control of health, education, housing and pensions. The referendum, which was originally due to be held in April, was postponed to October due to the corona virus pandemic. The referendum asked Chileans two questions: firstly, if they wanted a new constitution, and secondly, what kind of body they would want to draw it up.

With almost all the votes counted, more than 78% voted in favour of a new constitution.

An overwhelming majority of 79% also voted in favour of the new constitution being drawn up by a body which will be 100% elected by a popular vote rather than one which would have been made up by 50% of members of Congress.

President Piñera acknowledged that the current constitution had been “divisive” and urged Chileans to “work together so that the new constitution is the great framework of unity, stability and the future”.

He also praised the democratic nature of the vote: “Today citizens and democracy have triumphed; today unity has prevailed over division and peace over violence. And this is a triumph for all Chileans who love democracy, unity and peace, without a doubt.”

As the results came in, the word REBIRTH was projected onto a building in downtown Santiago. The new constitution will then be put to the Chilean people in another referendum in 2022.

Let’s go back to how we adopted the Presidential system of government. After overthrowing General Yakubu Gowon in a Military coup, the then Head of State, Brigadier Murtala Mohammed, on July 30, 1975, announced that his government will come out with a political programme. On October 1, 1975, Brigadier Murtala Mohammed in a broadcast to the nation declared “One important subject before us is, of course, the question of a Political Programme. I promised in my last address to announce a programme, and the government has since then given considerable thought to this matter. The ultimate aim is to forge a viable political system, which will be stable and responsive enough to needs and realities of this country. This is not an exercise that begins and ends in the mere drafting of a constitution. Viable political institutions only emerge from hard experience and practice and the corporate experience of all is what matters. It is, therefore, my belief that our immediate task is to set the stage for this corporate effort to work on a new constitution. Whatever the outcome, the decision has to be made democratically, openly and by all. With this in mind, the Supreme Military Council has approved five programmes designed to ensure a smooth transition to civil rule by those elected by the people of the country”.

A few days later, the central government named a 50-man constitutional drafting committee headed by Chief Rotimi Alade Williams. Chief Awolowo declined to serve as a member of the committee. A few days later the committee was inaugurated at the Nigerian Institute of International Affairs, Victoria Island, Lagos. The Minister of Foreign Affairs, Major General Joe Garba and the then Director General of the Institute of International Affairs, Professor Bolaji Akinyemi were present at the event. In his speech, Brigadier General Murtala Mohammed said, “We have decided to adopt the Presidential System of Government”. The “We” he was referring to was the Supreme Military Council which he headed. General Murtala Mohammed gave the committee some guidelines on the thinking of government that it should seriously consider: “We are committed to a federal system of government and a free democratic and lawful system of government that guarantees fundamental human rights, the Federal Military Government is committed to the emergence of a stable system of government through constitutional law. This we trust can best be achieved through the creation of viable political institutions which will ensure maximum participation and consensus and orderly succession to political power. Considering our recent political experience, any constitution devised should seek to, (a)eliminate cut throat political competition based on system or rules of winner-takes-all. As a corollary, it should discourage electoral malpractices; (b) it should also discourage institutionalised opposition to the government in power and, instead develop consensus politics and government based on a community of all interests rather than the interests of sections of the country; (c) firmly establish the principle of public accountability for all holders of public office. All public office holders must be seen to account openly for their conduct of affairs; Eliminate over centralization of power in a few hands and as a matter of principle, decentralise power wherever possible as a means of diffusing tension. 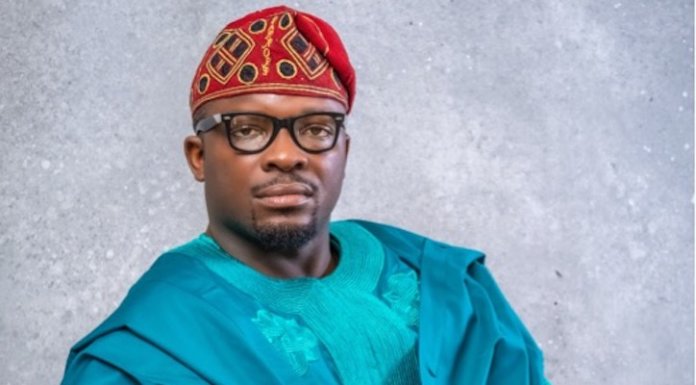