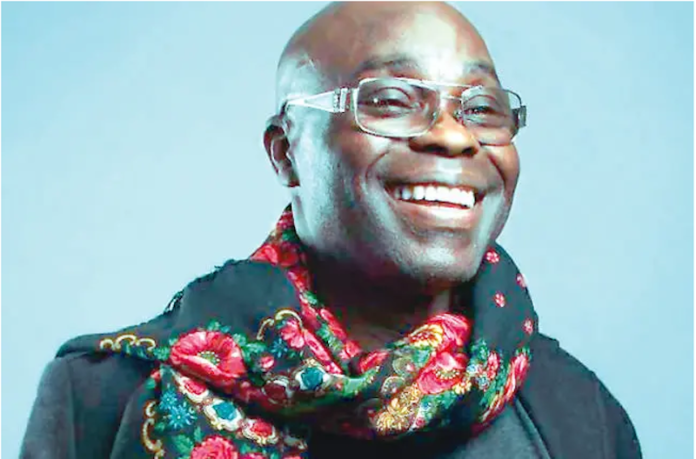 United States-based Nigerian peace-activist, Prince Ayo Manuel Ajisebutu says the current herders/farmers tension in the different parts of Nigeria is heightened by the inaction of a few innocent Fulani herders who have kept mute while their kinsmen wreak havoc on host communities.
Ajisebutu likens the situation to the one described by the legendary Martin Luther King which says: “The ultimate tragedy is not the oppression and cruelty by the bad people but the silence over that by the good people.”

According to the musician and social commentator, “I am pained by the ugly development that continues to threaten the peace and unity of Nigeria. And it is just time we told ourselves the bitter truth and safeguard our peaceful coexistence.
“I am challenging the good Fulanis to confront the Fulanis that are bent on carrying out the purported agenda of their fore father, Usman Dan Fodio,” he said.

“These good ones among them must come out in one voice and condemn Miyetti Allah’s declaration that Nigeria belongs to the Fulanis – a very divisive statement that warrants the association to be proscribed as a terrorist group. These good ones, as I choose to call them, must expose the Fulanis that are arming poor herders with AK-47 and brainwashing them to kill non-Fulanis for the purpose of taking over Nigeria.”

Ajisebutu berates a situation whereby “several undocumented Fulanis are migrating to the Southern parts of the country at odd hours,” saying “there must be an investigation into these mass of people suspected to be non-Nigerians.”
He charges well-meaning Fulanis to stand for restructuring. “The good Fulanis must see that key positions in government represent federal characters, unlike what we have under the leadership of President Muhammadu Buhari. It is ominous that Nigeria will go up in flames if the Fulanis choose to continue their systemic oppression of other tribes.”

On the agitations for self-determination by some parts of the country, he opines that Nigeria should remain one country, only if the different ethnic nationalities are willing to come to a table of brotherhood to negotiate their coexistence.
He recalls that the civil war in Central African Republic started because of an overbearing attitude of the Fulanis to governance. He therefore warned the leadership of Nigeria to see reasons to eschew all appearances of another civil war in the country before it is too late.

Recall that U.S. Congresswoman, Barbara Lee had joined Ajisebutu’s organisation, Blendforward.org to observe a candlelight vigil for victims of the #EndSARS protest, where she declared that the United States Congress is paying attention and have urged the United States and the United States Department of State to support the efforts of the Nigerian people to demand justice, accountability, and an end to police brutality in the country.
Continuing, he said: “My personal appeal to President Muhammadu Buhari is to come out and speak to the nation as a loving father would, who is troubled over the divisions among his children and wants lasting peace in his home. The president must create communities of love where we will never witness again, the kind of violent events that happened in Ibadan between Hausa and Yoruba people.”

Ajisebutu is the Founder and President of MansMark Records, an entertainment outfit and A.Y.ZERO clothing brand in Los Angeles, California. In 1995 he organised several rallies to save the Nigerian human rights activist Ken Saro-Wiwa and the Ogoni 9 from being killed by General Abacha.

He later joined forces with Nigerians in Oakland and San Francisco area to form Free Nigeria Movement. Their activities received the support of organisations such as Greenpeace, Amnesty International, and Rainforest Action Network.
He was also the producer and presenter of Voice of Free Nigeria, a weekly radio show that urged Nigerians to take charge of their destiny. The radio was used to protest the annulment of the election of June 12, unjust imprisonment of oppositions and other atrocities committed by the junta regime of General Abacha. His history of activism and constant call for love, peace and unity date back to the ‘80s, and are reflected in his songs, like “Save Nigeria” (1991), “Africans Unite”(1991), and the current single “Make a Change.”