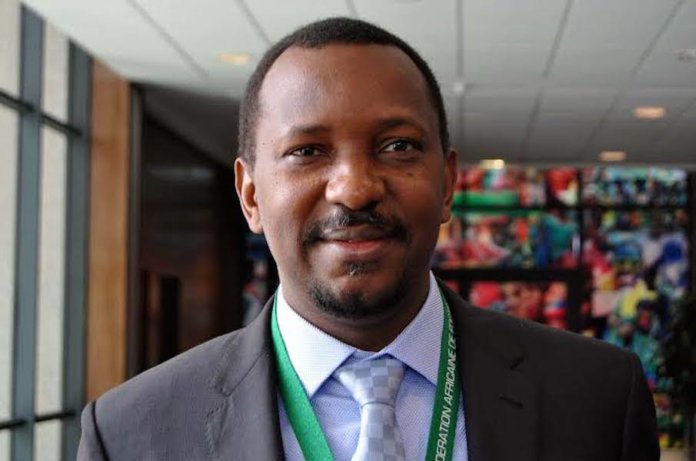 Ahead of the implementation of the Ministerial Task Force on the Digital Switch Over which will allow football content from the Nigerian Professional Football League to be generously used on Set Top Boxes, the Nigerian Broadcasting Commission (NBC) yesterday amended the Acquisition of Sports Right law 6.2.11.

Earlier on Tuesday in Abuja, the Minister of Information and Culture, Alhaji Lai Mohammed, while inaugurating the Task Force on the DSO had said that the success of the project depends on the content it offers.

He strongly advised that apart from entertainment and children’s programmes, partnership with the NPFL would provide it rich football content.

‘‘We can work with the Nigerian Professional Football League (NPFL) to have all their weekly matches shown live. I have no doubt that they will be willing to work with us in this regard,’‘ he added.

Although details of the partnership with the NPFL are still being worked out, the move is already creating a buzz in the football circles as it is capable of injecting the much needed funds into the cash-strapped domestic football industry.

The topflight league, after several seasons without sponsors, came up with the ingenuity of putting NPFL matches on television and live streaming through the NPFL.tv.

NPFL.tv model is a hybrid of online subscription, cable and Free-to-air television (on NTA). Projection is that it will reach at least one million paying subscribers online whilst doing magazine and live match shows on terrestrial television.

Already, the LMC, producers of NPFL.tv, has broached novel paths by producing 28 matches as at Match-day 11 of the current season. It also broadcast the last CAF Confederation Cup Play off Match between two of Nigeria’s top clubs Enyimba FC and Rivers United.

Interestingly, the NPFL.tv is manned by a wholly Nigerian crew, using some of the world-class legacy equipment bought by the Federal Government for the hosting of the age grade FIFA World Cup tournaments as well as the COJA 2003 African Games and now under the control of NTA.

As at the last count, the NPFL.tv is now taking the Nigerian domestic football content to the world with over 140 counties now watching the NPFL.

Speaking on the development with THISDAY yesterday, Chairman of the League Management Company (LMC), Shehu Dikko, said: “Well, the partnership will bring in the needed visibility to drive the progress and revenue generation capabilities of the league.

“Further more, the income to be earned through the purchase of the rights will bring in the much needed finances into the league which will be reinvested into the clubs, players and infrastructure development to make the league truly the professional league we all desired,” observed Dikko.

On when the deal with the NPFL will be consummated for the cash to start rolling in, the LMC chieftain stressed that all will be worked out to suit all parties.

“The DSO is already being implemented and roll out and am sure it should be completed before mid year with the approval for by FEC last two weeks and the task force set up by the Honourable Minister of Information.

“But nonetheless, we will start the conversation on how to get the NPFL.tv channel and or content on the DSO Set up boxes with a proper monetization strategy,” concludes Dikko.