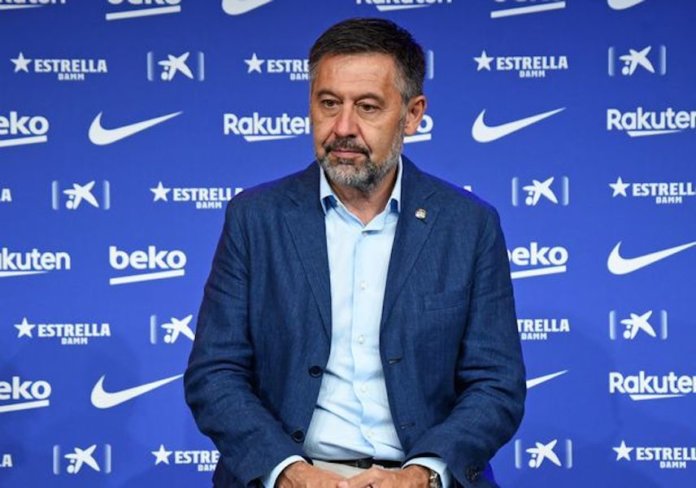 Former President of Barcelona, Josep Maria Bartomeu, has been arrested following a raid on the club’s offices on Monday.

The club’s CEO Oscar Grau and Roman Gómez Ponti, head of legal, were also arrested on the basis of unfair administration, corruption between individuals and money laundering.

It comes amid the continued investigation into ‘BarcaGate’, in which club officials were accused of launching a smear campaign against current and former players who were critical of the club and then-president Bartomeu.

He and his board of directors resigned last year in controversy.

Catalan police said the operation was conducted on Monday after an investigation into financial issues at Barcelona.

In a statement, Barcelona saidthe police searches related to the “contacting of monitoring services on social networks”.

“FC Barcelona have offered up their full collaboration to the legal and police authorities to help make clear facts which are subject to investigation,” the club said.

“The information and documentation requested by the judicial police force relate strictly to the facts relative to this case.

“FC Barcelona expresses its utmost respect for the judicial process in place and for the principle of presumed innocence for the people affected within the remit of this investigation.”

According to reports in Spain, the investigation relates to the ‘Barcagate’ scandal of February 2020, when the club were forced to deny hiring a firm to attack their own players on social media.