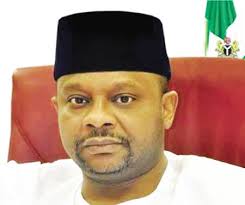 The National Commission for Refugees, Migrants and Internally Displaced People has stated that 2.6 million people are currently displaced in Nigeria.

Besides, the commission disclosed a plan to build 600 housing schemes for the Internally Displaced Persons (IDPs) in Kano State.

The Federal Commissioner of the commission, Bashir Mohammad Garba, disclosed this yesterday while flagging off the distribution of food items and materials to 7,500 persons affected by natural disasters at the Kano State Government House.

Garba submitted that those displaced from their ancestral home were victims of insurgency attacks from the North-east region and natural disasters in many states in the southern part of the country.

He noted that the federal government had concluded on a place to resettle the displaced persons in line with the mandate of the commission.

The commissioner further posited that the federal government has partnered the Central Bank of Nigeria (CBN) to build resettlement housing and project to relocate the affected persons across the country.

Besides, he explained that the commission is establishing 50 different vocational skills to train the displaced persons, adding that funds would be provided to establish the beneficiaries after training.

Garba urged those who benefited from the food items to make judicious use of them.

While inaugurating the food items, the state Governor, Abdullah Umar Ganduje, said 47,616 persons were affected by various forms of natural disasters in state.

Ganduje, who applauded the support of the federal government on food and non-food items distribution to IDPs in the state, pledged donation of 20 hectares of land to the refugee’s commission for the construction of the housing scheme.