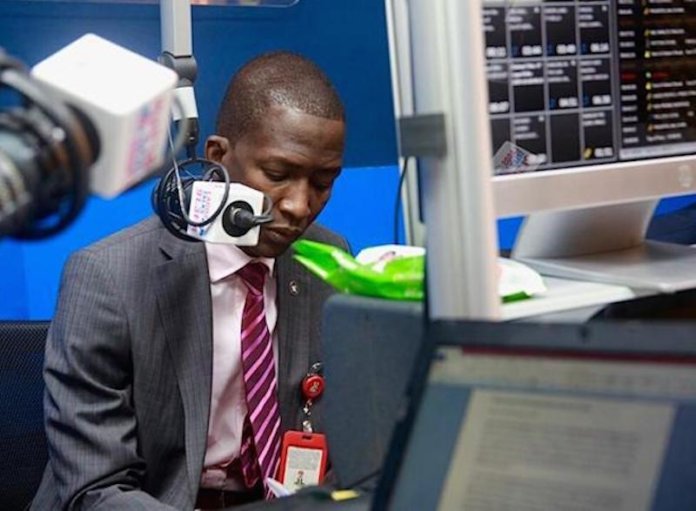 Last week, at his screening by the Senate as the new Chairman of the Economic and Financial Crimes Commission, Abdulrasheed Bawa unfolded his plans for the anti-graft agency. Udora Orizu writes

It appears a new Economic and Financial Crimes Commission (EFCC) is in the offing, as its Chairman, Mr. Abdulrasheed Bawa, during his pre-confirmation screening by the Senate last Wednesday promised to turn the agency around for the better moments before the upper legislative chamber ratified his nomination by President Muhammadu Buhari to head the nation’s foremost anti-graft agency.

The Senate had at plenary after over two hours of grilling, confirmed Bawa as the substantive chairman of the EFCC. Bawa’s confirmation ended the six-year absence of a substantive chairman for the anti-graft agency as the Eighth Senate thrice failed to confirm the former acting Chairman, Mr. Ibrahim Magu, for the job.

The 40-year-old Economics graduate, who hails from Kebbi state, took turns to answer questions from senators with the President of the Senate, Dr. Ahmad Lawan, moderating the screening. He answered questions bordering on economic and financial crimes, among other issues, and laid out his plans for the Commission.

When Bawa took the stage, shortly after he was welcomed to the chamber by the President of the Senate, he wowed the lawmakers with his educational qualifications and achievements during his 16 years work experience as an EFCC officer and the confidence he exuded while making his presentation.

Bawa introduced himself and read his biodata, bragging to have been trained by the Federal Bureau of Investigation (FBI) and the National Crime Agency of the United States and the United Kingdom respectively.

‘’I hold a B.Sc and M.Sc from Usman Danfodiyo University, Sokoto. I am a Certified Anti-Money Laundering Specialist. I have also been trained by the FBI and the National Crime Agency of the United States and United Kingdom, respectively. I joined the EFCC in 2004, and was trained in the Act of Law Enforcement and Financial Crimes Investigation. I happen to be the only EFCC officer that has headed three different zones of the agency”.

A New Plan for EFCC

Bawa, in the course of the presentation, pledged to rebrand the agency and run an open door policy. He assured the Senators that the anti-graft agency under his watch would be transparent and accountable.

He promised to work closely with other strategic partners around the world particularly, the United States, the United Kingdom, South Africa and others, sharing information and intelligence with them in order to attain the mutual objectives as well as independent objectives, particularly recovering assets and ensuring the country gets rid of financial crimes.

The EFCC under his watch, he said, would work on a proactive approach and not retroactive, adding that there was a need to adequately equip the EFCC Academy in line with modern-day realities of fighting financial crimes.

‘’The rules of the country and that of the EFCC have always and will always guide my actions if confirmed by the Senate as the next executive chairman of EFCC.’’

Bawa stated that his nomination signified hope for the youth across the country, and promised to be a good representative.

He said, ‘’I’m not unaware of the fact that my nomination caused a lot of hope for the teeming youth around the country. I want to state that I will give the youth a very good representation so that at the end of the day more youths will be given huge responsibility in the country.

‘’The fear of God, national interest and the fact that we are young men and future of this country are the driving force to ensure that come what may till the end of my tenure, I will leave the EFCC in a better place.’’

Shortly after his presentation, some senators took turns to shower encomium on him. Senators like the Deputy President of the Senate, Senator Ovie Omo-agege, Senator Adamu Aliero and Senate Majority Leader, Senator Yahaya Abdullahi all expressed satisfaction with Bawa’s presentation.

Omo-Agege in particular opined that since the inception of the agency and screening of the nominees by the Senate, he has never seen a nominee as eloquent as Bawa.

His words, ‘’Since inception, from Nihu Ribadu to the present acting chairman, I have seen so many nominees come and go, none was as eloquent in his presentation as Bawa. I commend President Buhari for this nomination; it’s unique. We are proud of you and your achievements.’’

Ranking Senator Oluremi Tinubu, representing Lagos Central senatorial district, who congratulated Bawa for being eminently qualified, offered what she called motherly advice. The 60 year old appealed to Bawa to resist any form of temptation, which she said, would definitely come.

She said: ‘’You are going to wear big shoes, temptations will come, I urge your wife to pray for you just as I would for you too.’’

Though the Senate President and his deputy were seemingly mesmerized by Bawa’s presentation and held the view that ordinarily, he would have been asked to take a bow and go, the lawmakers however said he needed to provide answers to pertinent questions for Nigerians, which was also required for his confirmation.

First to ask was the Majority Leader, Yahaya Abdullahi followed by Minority Leader, Enyinnaya Abaribe. The duo asked Bawa his plan to reposition the agency and ensure that the controversies that trailed his predecessors were not repeated.

Responding, Bawa said he would work on the agency’s standard operating procedure with a view to improving on it. He also said he would curtail the usage of discretion from the office of the executive chairman down to the ordinary person in the EFCC.

Responding to question on access to EFCC information, Bawa said he would embark on the digitalisation of the agency so as to keep proper records as well as allow Nigerians to have access to information on EFCC operations. He however dismissed claims that he was once arrested by Magu, for undisclosed reasons, saying he had a good working relationship with him.

Addressing claims that the commission only probed members of the opposition party, Bawa faulted the notion, saying regardless of the party in power, the EFCC probed all while those found culpable were taken to court for trial.

Asked if all recovered assets were being remitted to the government or not, he explained that recoveries were made for the public or government and also individuals in the private sector. These recoveries, he said, erre shared among those concerned and not just the federal government.

Responding to a question asked by former Senate Leader, Senator Ali Ndume on how he intended to contend with the absence of “Unexplained Wealth Order/Act”, without which fighting corruption is like scratching the surface, Bawa said the EFCC Act (2003) has given the agency enough powers to investigate any property which, in the opinion of EFCC is beyond the income of the owner, even when there is no petition from any quarters.

Asked whether or not he was going to retain police officers or return all of them, he said, ‘’the issue of secondment or desecondment of personnel in public service from one agency to another is an issue of need, if the need arises we will, if it doesn’t arise you second or desecond to your organization.

‘’After all, we are all serving the same government and we all desire to have a better Nigeria. We are the EFCC. We are very grateful with the foundation laid by the police authority at the EFCC.

“We are not unmindful of the fact that they were all serving or retired police officers. From the pioneer chairman, Nihu Bibadu to the current acting chairman, we’ve had a very good cordial relationship with them.’’

As it is, it appears all eyes are on Bawa to see how he goes about the changes he promised in the operations of the anti-graft agency. Time will definitely tell!