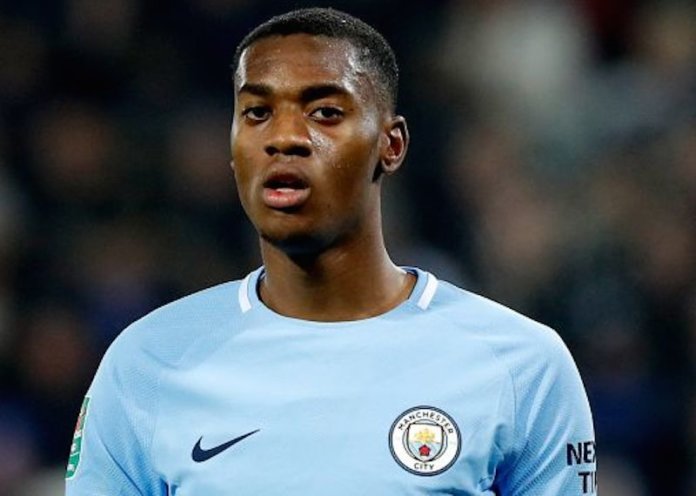 After several speculations that he was ready to star for the Super Eagles of Nigeria inspite of having starred for England at the age-grade level,
Fulham central defender Tosin Adarabioyo has given the biggest hint yet that his international future lies with his country of birth England rather than three-time African champions Nigeria.

The Manchester City academy product is one of the shining lights in what has been a dismal season for Fulham who are struggling to avoid relegation, thirteen matches to the end of the Premier League season.

With 119 clearances in 21 starts, no player has made more clearances than the Anglo-Nigerian center back this term.
Born to Nigerian parents in Manchester, Tosin has represented England at U16, U17, U18 and U19 levels but all his appearances were in non-competitive matches, making him eligible to play for the Super Eagles straightaway.

The 23-year-old is hoping to force himself into the plans of manager Gareth Southgate ahead of the 2020 European Championship.
Previously, Adarabioyo was soundedabout the possibility of representing Nigeria, but the go-between received a lukewarm response from the defender.

Speaking to the Telegraph Uk, Tosin said: “We know it’s the Euros this summer so hopefully if I keep on doing well, who knows, I could be looking to push myself into that squad.
“Obviously there are a lot of good players to choose from but if I do what I can do best there is a chance.”
Tosin’s former England U18 teammates Tammy Abraham, Dominic Solanke, Marcus Rashford and Ainsley Maitland-Niles have since gone on to make their debuts for the Three Lions.

Following the below par performance of his wards in the last AFCON 2022 qualifying matches against Sieria Leoone last year Super Eagles Head Coach, Gernot Rohr, added Adarabioyo to the list of growing ‘diaspora’ players in the team.
The Franco/German tactician has been under intense criticism for overlooking the home grown players in preference of Nigerian players born abroad. According to www.owngoalnigeria.com, Rohr is determined to strengthen Eagles defence with the Fulham defender.

Adarabioyo has represented England at several youth levels but not in any competitive game or tournament making his case of wanting to switch allegiance to Nigeria a lot easier than it’s supposed to be.

It usually takes around a year to get clearance from FIFA for English youth internationals willing to switch allegiance but Adarabioyo’s case isn’t expected to be that complicated as it is similar to that of Alex Iwobi.
Iwobi only needed to prove that the games he played for England youth teams were not competitive games before FIFA allowed his switch to go on, same could happen with Adarabioyo.

” I know Rohr likes him a lot and was delighted when he accepted the chance to play for Nigeria but he still need some form of clearance from FIFA to make it happen. He loves the Super Eagles as well “, a source told Owngoalnigeria .com.
Indeed, while speaking to the UK tabloid, The Sun, last year on his plans for the future, Adarabioyo said he’s only thinking of playing at the next World Cup with either Nigeria or England.