Rotary Club  to Tackle Open Defecation in Lagos 46 mins ago 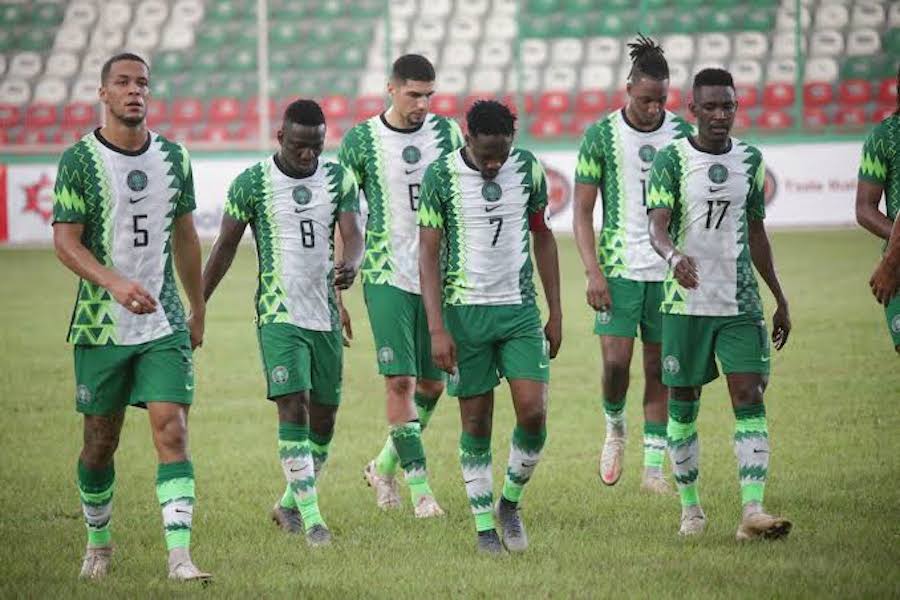 With six appearances at the greatest sporting event on the planet, the FIFA World Cup, Super Eagles Head Coach, Gernot Rohr, has said that the Nigerian senior team is still very far to be counted among those that could win the coveted trophy.

The Franco-German gaffer said yesterday that the current crop of players are far from been world beaters and could only try to make impressions.

Since Super Eagles debuted at USA ‘94 where they were eliminated by finalist, Italy in the second round, the team again 1998, 2002 and 2014 editions matched the mark. Eagles have only missed appearance at the 2006 finals in Germany since the debut 27 years ago.

But Rohr who spoke with NewsCentral insisted Super Eagles cannot win the global tournament because many of the players are not playing in top clubs.

“So when you have so many of your players from your country playing in the best clubs, so the probability that you also have one of the best teams in the world is very big.

“So what we have in Nigeria for example, we have our players in Fulham, in West Bromwich. It’s not Bayern Munich, Liverpool, Manchester United or Barcelona. But the other ones have their players there. So it would be a miracle if we actually win the World Cup,” he pointed out.

Rohr led Nigeria to the last World Cup in Russia where Eagles lost out in the group phase to finalist Croatia and Argentina.

He was recently handed a new two-year deal and could lead the three-time African champions to next outing at the global tournament in Qatar in 2022.

Rohr also said newly invited players like Matthew Yakubu and Sebastian Osigwe did not get the chance to feature in the 2022 Africa Cup of Nations qualifiers against Sierra Leone in November because the games were competitive.

He however handed debuts to Frank Onyeka and Kevin Akpoguma, who switched his allegiance from Germany to Nigeria.

“We tried in the last few friendlies and even the international games in Benin City and in Freetown, we had some new players,” he continued.

“But they need the time to come in and it’s not easy in a few training sessions only to find exactly the right way to play with the team, it’s easier for the other ones who were with us in the World Cup and played with us in the AFCON.

“We have to try to invite better players, friendlies are good for that to see them. When they are friendlies it is not for the result we are playing, we want to see new faces.

“We saw a lot of players in the friendlies but they are not enough, we only have two since one year. When you have games that you need results it is not the best moment for the players and for the team to invite new ones.”

Nigeria will take on the Republic of Benin and Lesotho in their next Africa Cup of Nations qualifiers in March.