For the Record: Buhari’s Independence Day Address to the Nation (Full Speech) 23 hours ago 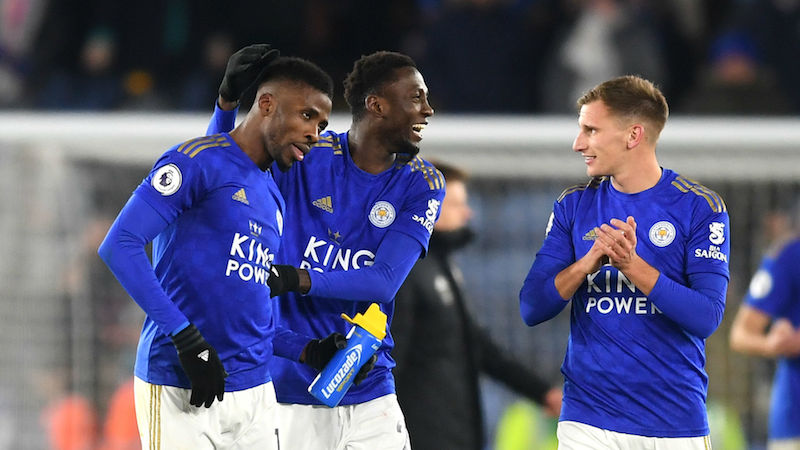 Wilfred Ndidi and his Super Eagles teammate, Kelechi Iheanacho were in action as Leicester City held Slavia Prague to a 0-0 draw away, in their Europa League first-leg round-of-32 clash on Thursday night.

Also in action was Peter Olayinka who saw 90 minutes of action for Slavia Prague.

While Ndidi played the full duration of the game Iheanacho was brought on for Jamie Vardy in the 64th minute.

However, it was night of teeth gnashing for returnee Victor Osimhen and his Napoli teammates as they suffered 0-2 defeat at Granada.

Samuel Chukwueze who returned to Villarreal’s line up for the first time since first week of January was however an unused substitute as his Spanish La Liga team went to Salzburg to grab a 2-0 victory in the Round of 32 first leg.

Ole Gunnar Solskjaer said his Manchester United side are out to correct last season’s Europa League mistakes after they took a huge stride towards the last 16 by thrashing Real Sociedad 4-0 in Turin.

United, among the favourites for the competition after dropping down from the Champions League, were beaten by Sevillain one of three cup semi-final defeats they endured last season.

Bruno Fernandes was once again in inspirational form, scoring twice as Solskjaer’s side dominated a poor Sociedad.

Fernandes took advantage of hesitant defending to open the scoring in Turin and then stroked in from the edge of the area for a second – which was awarded by VAR after he was initially flagged offside.