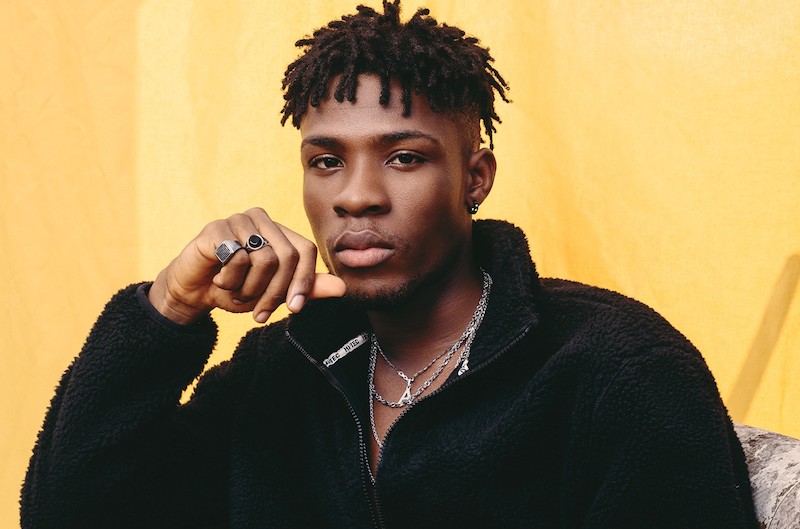 After his breakout single ‘Baby’ was released in March of 2019, fans of singer Joeboy anticipated his debut, full-length album. His follow-up extended play (EP) ‘Love and Light’ failed to quell fans’ hunger for new material and inadequately showcased his core strengths and weaknesses. His new album ‘Somewhere Between Beauty and Magic’ swiftly addresses this shortcoming.

Opening with ‘Count Me Out’, Joeboy introduces the listener to his journey into stardom and his authenticity amid criticisms. The track subtly hints at the delay of the 14-track album. Thriving on floaty harmonies, the track is annoyingly short at 1:48 minutes. Notwithstanding, it mirrors the calmness marked on the album art where Joeboy sits on a boulder on a beach at early sunset. This tranquil theme is maintained throughout the album in varying degrees.

With playful melodies and sonorous harmonies, Joeboy sails through the entire playlist with little turbulence. This logic especially holds on tracks such as ‘Focus’, ‘Police’, and ‘Number One’.

Although his comfort zone lies within the district of vocalizing and penning catchy lyrics, the crooner explores genres away from afrobeats and R&B however subtle their influences. On ‘Door’, he brilliantly switches from a highlife tinged arrangement to showcase a rock ‘n’ roll side using electrifying guitar riffs. On ‘Consent’, he flirts heavily with house music and renders the genre like a natural. Other genres explored include classical, funk, and reggae.

The album reveals how afrobeats is fast changing to accommodate a global audience. This brew of different genres, highlighting them in such a way as to not overshadow afrobeats, helps the album gain a ‘glocal’ appeal. Thus, helping Joeboy to expand his smorgasbord of musical offerings.

His sounds and lyrics also borrow a leaf from other local acts. For instance, ‘Better Things’ and ‘Oh’ are highly reminiscent of Tekno and Niniola sounds respectively.

But like every great work of art, flaws abound, even if it is not immediately evident. The generic ‘Sugar Mama’ takes the cake in this instance. It certainly wouldn’t be missed if omitted. Not necessarily a bad song, it lacks the magic that defines other tracks.

Thematically, the album evinces life, career, and love. It follows the cycle of finding true love, overcoming obstacles and reaffirming commitment. However, the label’s choice of ‘Lonely’ as the lead single wasn’t tactical. It lacks the torque required to push the album at an aggressive pace. Not even its semblance to Akon’s track of the same title would put it on replay. Instead, the infectious ‘Celebration’ anchored on pure afrobeats sounds should have taken that strategic spot. It is the album’s shining star.

With a great deal of consistency in messaging, experimentation with sounds, and lyricism, Joeboy is not only stuck between somewhere beautiful and magical, but he also discovered and laid claim to it.