Justice Ohimai Ovbiagele of an Edo State High Court in Benin City, over the weekend sentenced a police constable, Joseph Omotosho, to death by “hanging or chemical infusion” because the police officer was found guilty of the murder of one Benson Obodeh, a car dealer in 2015.

Omotosho and four other members of his team currently on the run were arraigned on an eighth count charge bordering on conspiracy, stealing and murder.

Other defendants in the suit marked: NO. B/CD/48C/2015 are; Adeleke Adedeji, Oniyo Musa, Abena John and Henry Shobowale.

The five defendants who served with the defunct Special Anti-Robbery Squad (SARS), a police unit that was notorious for its brutality and other forms of human rights abuses were earlier dismissed from the Nigerian police to pave the way for their trial.

The defendants all in the rank of Police Corporals had arrested the deceased, Mr. Benson Obodeh on allegation of stealing.

After his arrest, they then took late Obodeh to the Edo State CID Office, Benin, where their attempt to extract a confession from him by torture led to his death on May 21, 2015.

The defendants, thereafter, deposited the corpse at the morgue in Central Hospital Benin and tagged the corpse by a wrong name, Benson Agu.

It however took several months before the family of the deceased could trace the corpse.

Immediately after the death of Obodeh, the defendants were said to have embarked on a trip to Port Harcourt and, on the occasion used the deceased’s ATM card to withdraw the sum of Three Hundred and Fifty Thousand Naira (₦350,000.00) from his account on May 22 and 23, 2015.

To prove the allegations against the former members of the disbanded SARS, the prosecution called in 19 witnesses, including eye witnesses to the torture, and a pathologist.

Also an Autopsy report indicating that the deceased had a heart condition, occasioned by the torture which caused his heart to fail was tendered before the court.

Delivering judgment in the case on February 12, 2021 nearly six years after the murder, the judge found all the five defendants guilty; and sentenced the 5th defendant, Joseph Omotosho, who was the only one present in Court, to 7 years imprisonment for conspiracy; and death by hanging or chemical infusion for murder.

Justice Ovbiagele suspended the sentencing of the other absconded police officers, in line with Section 352(5) of the Administration of Criminal Justice Law of Edo State until when the convicts are presented before the court.

The other four defendants reportedly escaped from custody during the October 20, 2020 “prison break” incidents in Benin and Oko Correctional Centres.

The prison break was carried out by hoodlums who hijacked the EndSARS protests in Benin and other cities across the country.

Only Omotosho was in custody as at the time of the Judgment. 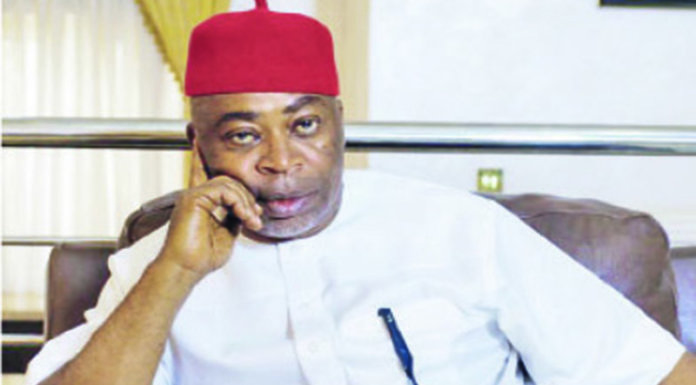