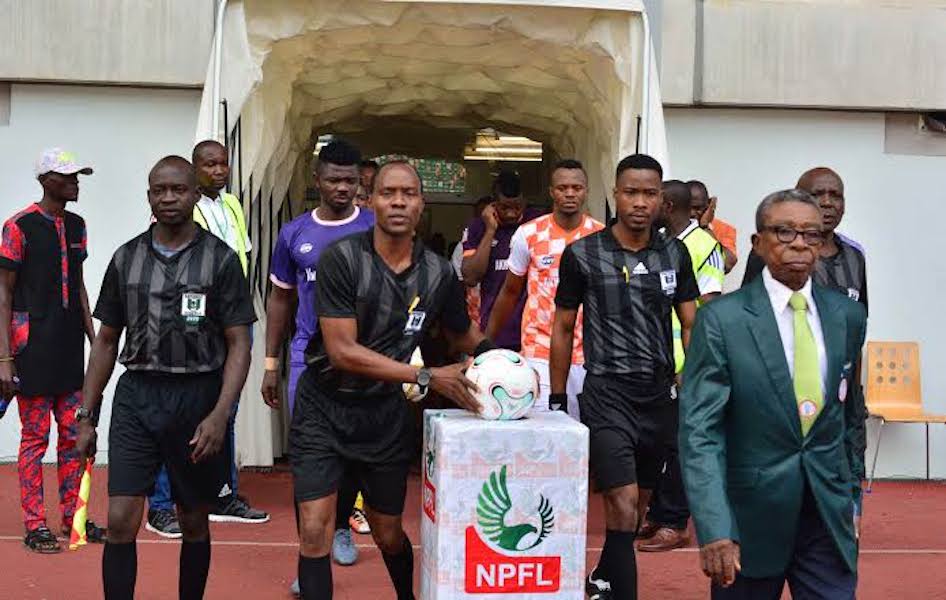 The leadership of the country’s football have moved to sustain the gains so far made in the various leagues and improve on them.

Although full details of the moves made by the NFF leadership to end the lingering non- settlement of officials’ indemnities were not disclosed, the meeting “deliberated on niggling issues around the League particularly welfare of officials and resolved to tackle matters head-on in the interest of the domestic game.”

Pinnick, who said he was delighted with the broadcast and quality of production of Nigeria Professional Football League matches on the Nigeria Television Authority and the NPFL.TVsince the commencement of the new season, said the Federation was determined that no factor would be allowed to derail the present gains as the NPFL season enters Week 10, and the NNL and NWFL matches also trudge on.

“We are all impressed with the matches being on television and the special app (NPFL.TV) and have enjoyed the quality of production which compares to the very best anywhere.

“However, it is time to look critically at certain niggling factors and ensure we tackle them decisively in order not to erode the gains we have been able to make.

“We must keep at what we are doing, maintain the standard and even strive for improvement where possible, and we can be sure that we will reap the gains in the coming seasons,” Pinnick stressed.

The NFF supremo who is gunning for a seat in the 37-member FIFA Council also assured that the Federation will do everything within its capacity to ensure that standard of officiating continues to improve, while safety, security and medical issues are given the utmost attention and seriousness.

There was a consensus at the meeting that the sustainability of good officiating and broadcast of the matches will solve most of the problems associated with the domestic game in previous years.

Pinnick also issued a stern warning to officials of the various leagues to shun acts capable of putting the domestic game in bad light.

Abia Warriors on Monday evening secured a lone goal victory over Rangers International in an Oriental Derby played in Okigwe.

Paul Samuel scored the lone goal in the 58th minute to ease pressure on Coach Imama Amapakabo. The Abia team played the last 30 minutes of the game with 10 men following the dismissal of one other players

Warriors now have nine points from 10 games and are 17th on the NPFL log.

Elsewhere yesterday, Heartland secured a 2-0 defeat of Lobi Stars in another Match day 10 game played earlier at the Okigwe Stadium.

Heartland are now 12th on the log on 13 points.