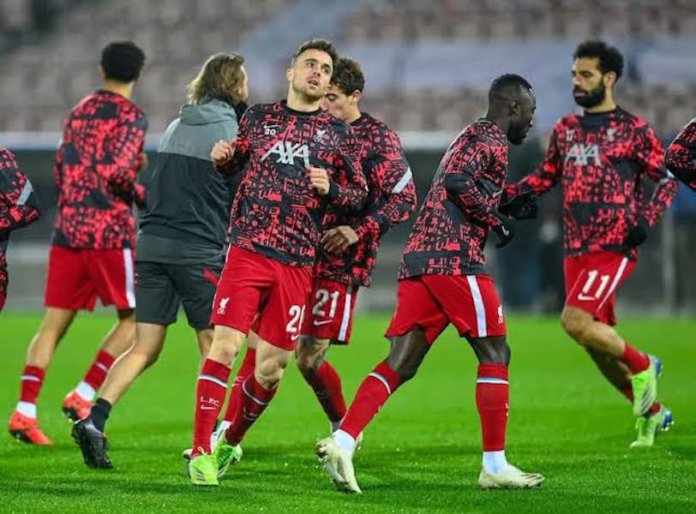 Liverpool midfielder Naby Keita will not be involved against his former club RB Leipzig in the Champions League last-16 first leg in Budapest this evening.

Keita is not ready to play after only recently returning to training after a hamstring injury which has kept him out since 19 December.

RB Leipzig’s Netherlands winger Justin Kluivert is doubtful with an ankle injury but Angelino could feature.

The Spanish full-back has joined on a permanent deal from Manchester City.

The first leg is being played in Hungary for Covid-19 reasons. As it stands, the second leg will be played on 10 March at Anfield.

When Liverpool played their final Champions League group game against Midtjyllandon 9 December, they were level on points with then leaders Tottenham in the Premier League.

They resume their European campaign days after manager Jurgen Klopp conceded the title race following his side’s third defeat in a row.

Liverpool trail leaders Manchester City by 13 points but captain Jordan Henderson said the tie with RB Leipzig offered the team a “new opportunity” for the six-time champions of Europe.

“It’s difficult. When we’ve set standards that we’ve set over a long period of time, it’s not normal for us (our current form),” said the midfielder.

“I do believe the lads give everything whenever we train and play, so we need to keep doing that to get out of this run.

“Leipzig are a very good side with very good players and manager. I think everybody knows that.

RB Leipzig are second in the Bundesliga table and qualified for the last-16 of the Champions League after finishing second in Group H behind Paris St-Germain.

Julian Nagelsmann’s side beat Manchester United 3-2in their final group game to progress.

Last season, RB Leipzig knocked Tottenham out at this stage, 4-0 on aggregate.

In 2017-18, Nagelsmann was in charge of the Hoffenheim team beaten 6-3 on aggregateby Klopp’s Liverpool in a Champions League play-off.

“That was my first game on the international stage,” said 33-year-old Nagelsmann.

“I’ve got more experience now. Jurgen as well, he’s developed every year. It’s normal. I have a new team so it will be a new game,” he concluded ahead of the clash tonight.