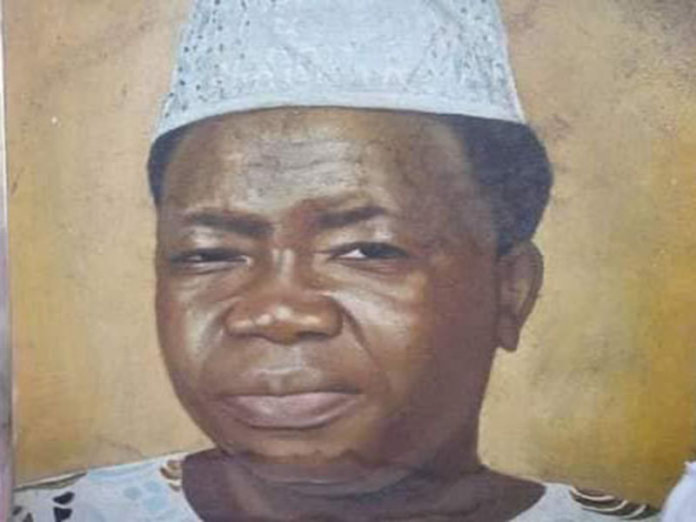 By Asiwaju Bola Tinubu
Ever since his passing on Friday, February 12, tributes have been pouring in torrents, and justifiably too, proclaiming Alhaji Lateef Kayode Jakande’s immense virtues and his indelible contributions to the social, political and economic development of Lagos State and Nigeria. The first civilian governor of Lagos State in the Second Republic was great in life. He is emerging surpassingly greater in death. For several years and down the ages, the life, times, leadership and politics of Alhaji Jakande will continue to be a reference point, a subject of unceasing study and the undying light of his life a guide for future generations. Truly, even in death, the man we fondly call LKJ lives! For those, whose good and positive deeds live in the memories of millions of lives that they touched, never die.

Armed with his secondary school certificate, LKJ immediately opted for his cherished profession, journalism. This is not surprising. Inevitably woven into the very definition and notion of good and responsible journalism is the practitioner’s commitment to the public good. Alhaji Jakande was reputed to be a courageous and fearless journalist who was uncompromisingly committed to the public good. His biting and incisive editorials always advocated good and accountable governance and were a thorn in the flesh of successive military dictatorships. As a journalist, the great man was as cerebral as they come having largely educated himself through his voracious reading.

All too often, however, critics of incumbent governments in power have been known to perform no better than those they mercilessly berated when given an opportunity to hold public office themselves. This was certainly not so with Alhaji Jakande. As governor of Lagos State between 1979 and 1983, his output was prodigious, his conduct exemplary and his impact in diverse sectors endure till today. In many areas, including education, health, housing, transportation and roads construction, among others, he laid the foundation, which I and my successors have been building on since 1999. His example demonstrated unequivocally that democracy, when it allows leaders of vision, competence and compassion for the common good to emerge, is the best vehicle for promoting rapid development.

It is amazing that over four decades ago, Jakande could have conceived of the revolutionary metro-line project, which would have transformed the transport landscape of Lagos forever. I am happy and I am sure that Papa himself would have been elated by the fact that work has steadily and systematically been going on since 1999 to give Lagos a befitting mass light rail transit system and the first phase of the project is approaching actualization. Deliberately adopting the utilitarian theory of pursuing ‘the greatest happiness of the greatest number of the people’ as his governing philosophy, Alhaji Jakande faithfully implemented the four cardinal programmes of the Unity Party of Nigeria (UPN) – free education at all levels, free health services for all, full employment and rapid rural development.

His face often inscrutable, his poise always calm and unshaken; his emotions ever under control, Alhaji Jakande was supremely self-confident. Yet, he was the very embodiment of humility and simplicity. As one of his commissioners, the late Alhaji Olatunji Hamzat, writes of LKJ in his memoirs, “My first impression of him was that of an efficient and highly engaging administrator and public servant. He was virtually without the preening and presumptive importance that is the wont of such high public office holders. He was comradely, instinctively warm without the sometimes unctuous detachment of gubernatorial office”. Along with the likes of the first Military Administrator of Lagos State, Brigadier Mobolaji Johnson, Alhaji Jakande can be described as the father and architect of modern Lagos. Indeed, the late statesman played a pivotal role in the advocacy for the creation of Lagos State.

It is on the shoulders of these titans that I and my successors as governors of Lagos State since 1999 have stood to take Lagos to today’s heights, although the emergence of the Lagos of our dreams remains a work in progress. Commenting on the exemplary leadership style of Alhaji Jakande, the renowned academic, Professor Akin Mabogunje, wrote, “When a governor chooses to spend nearly twelve hours every day at his desk planning for the people, officials are forced to take their cue from their leader and cultivate the habit of diligent, sustained and effective application”.

Alhaji Jakande was the quintessential politician and statesman. He embodied the great Chief Obafemi Awolowo’s definition of politics as ‘the art of selfless service to humanity’. His loyalty to the parties he belonged to in the first and second republics, namely the Action Group (AG) and Unity Party of Nigeria (UPN), was unflinching and constant as the northern star. At a time of great political and moral crisis in the First Republic, when men of straw betrayed their consciences and principles for short term material considerations, Alhaji Jakande stood as solid as a rock behind the leadership of Chief Obafemi Awolowo. Even those who disagreed with his politics and some of the decisions he took, never questioned the character and integrity of Papa Jakande. Always uppermost in the mind of the great man was the unity, peace, progress and development of Nigeria.

One of the finest definitions of the politician that I have come across is that of President Richard Nixon in his tribute at the funeral of Senator Everett Dirksen on September 9, 1969. His evocative description of the politician in my view vividly captures the political philosophy and practice of Alhaji Jakande. As Nixon powerfully put it:
“A politician knows that his friends are not always his allies, and that his adversaries are not his enemies. A politician knows how to make the process of democracy work, and loves the intricate workings of the democratic system.
A politician knows not only how to count votes, but how to make votes count. A politician knows that only if he leaves room for discussion and room for concession can he gain room for maneuver.
And a politician – in the Dirksen tradition – knows both the name of game and the rules of the game, and he seeks his ends through the time-honoured democratic means”.

Alhaji Jakande loved politics. It was his passion. Not for him the mistaken perception of politics as a dirty game or a means of acquiring power for its own sake. Politics was, for him, a means to an end that end is the pursuit of the welfare of the people and the enhancement of the common good. He made the votes of the people count by delivering democracy in fulfillment of his mandate. It is a testimony to his political skills that, despite the fierce rivalry between the then ruling National Party of Nigeria (NPN) at the centre and his own party, the UPN, Alhaji Jakande as governor of Lagos State sought and got the required Federal Government approval for the commencement of the metroline project. He was cosmopolitan in his political outlook and always exhibited a generosity of spirit even to his political opponents.

As governor of Lagos State, I constantly sought Papa Jakande’s advice on matters of governance and politics in the state. He was always most generous with his time as well as in affording me the benefit of his profound wisdom. We will all surely miss Papa but continue to be grateful to God for the exemplary and enormously impactful life that he lived. May Papa Lateef Kayode Jakande’s soul rest in peace.
––Asiwaju Tinubu is a former governor of Lagos State.