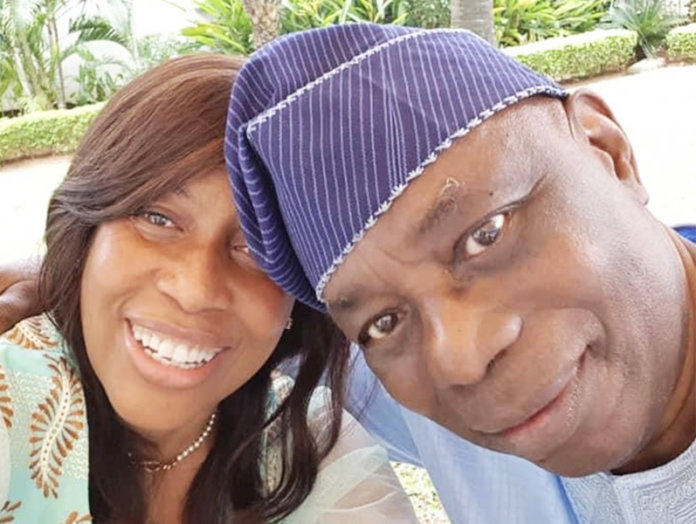 We never really knowthe strength that lies inside us, until such time as we are challenged, pushed,cornered and or tested. When everything we own and hold dear is threatened.When everything we stand for and or believe in, is offended by those who forwhatever reason, choose to take us for granted or choose to underestimate the enormity of that strength that lies within us. That strength becomes a rage and an anger so visceral that we can almost taste it and yet which, the ill-informed, the arrogant and those who seek to undermine us, can never everunderstand.

While hell may have no fury as a woman scorned, love recognizes no barriers. It jumps hurdles, leaps fences, penetrates walls to arrive at its destination.

On April 26th, 2020,Dr. Joseph Ademola Olutosin Ajayi (Doc) passed away. It is not for any of us to say any death is untimely but after twenty-five years of a marriage built on love, friendship, wisdom and mornings, days and nights of often raucouslaughter, Doc’s passing away left an unfillable hole. The family home would never be the same and that seat at the head of the table will remain forever vacant. It will serve as salient reminder, that yes…the man really has gone.

With him till the literal end was Helen, his dutiful wife, partner, friend, confidante, and the X to his Y. Theirs, remains a remarkable yet very private story, the strength of which, outsiders will only now begin to see and understand, is forever fueled by the power that is love. A wife loses her husband after 25 years of marriage. A wife loses both her husband and father of her children. Ordinarily,we the civil and respectful, would give her space to mourn. Give her space and solace to gather herself. Give her space to articulate her story to her children.

Give her space to somehow ease herself through that pain of loss. Give her space to grieve and cry. Give her the space that all of us will one day, also need. Yet, the blow that would kill a civilized man or woman seems to heal the naked wounds, energize,and serve as delight to the savage. So it was, rather than let her mourn,others thought it best to try to attack and pillory Helen Ajayi, in the naïve belief that they would somehow muzzle, subdue and or suppress her. They would somehow airbrush 25 years of marriage and attempt to replace that bright narrative with a tired and dated story peddled through the delusions of a woman dumped a quarter of a century ago by her then husband and who today has a face etched with bitterness, jealousy and sadness.

In 1950, her grandfather and Anthony Enahoro founded the Mid-West Party. The Mid-West Party became part of the Action Group in 1951. As deputy leader to Obafemi Awolowo, fearless Prest, Awolowo, Sir Ahmadu Bello, Anthony Enahoro and others fought for Nigeria’s independence. Helen is the same person, who became our most remembered Miss Nigeria and still found the time to qualify as a Barrister and then secure her Masters in Law at Kings College London. Helen’s late Father, was one of the closest influences to Shehu Usman Aliyu Shagari GCFR, Nigeria’s first democratically elected, after the transfer of power by military head of state,General Olusegun Obasanjo in 1979. More recently, after a five-year herculean battle, it required the full might of 12 Supreme Court Justices of the UnitedKingdom to hold their noses and cause an uncomfortable systemic review of an 1896 Company Law principle, simply to thwart her younger brother’s attempts to seek justice.

The simple point is, Helen does not look for anybody’s trouble but challenge, push, corner and or try to test her and her rich family history should tell you that she will fightback. That family history taught her that whilst you may not always win, people will remember that you fought and you fought with dignity because you knew it was the good flight to fight. Dr. Tosin Ajayi had deliberately shielded Helenfrom the ugliness that is often a part of each of our lives. He’d showered her with love. He hadn’t suppressed or subdued her. She knew the nature of that (private) ugliness and the source of much of his anguish and so she focused in twenty-five years of marriage, on giving him the space to press the re-set button.

Time moves on, people move on, people grow. Our lives are textures of rich chapters each having their own time and place. Dr. Ajayi had moved on. Everything about him said so. After the torture of a solitary life living alone at the Sheraton Hotel, Ikeja, Lagos from 1986 -1996, it was in March 1996 that he phoned Helen whilst he was on a business trip in London. Her then secretary, Lola bears witness to this. This Dr. Ajayi had called from London and had confidently declared that they were to be soul mates. He was going to marry her. He did and together, they one beautiful daughter. They remained entwined in each other’s lives until his time came on April 26th, 2020 at St Nicholas Hospital, Lagos

You don’t make up this type of story. You don’t rob a man of that part of his life. You don’t rob a wife of that. You don’t rob a child of that. That wonderful, beautiful story that begun with love and to this day, is powered by that same love. Who are you to take your pernicious hand and try to destroy that? Helen didn’t know you and now, may choose not to know you. It might have been so different if you had joined her to mourn and joined her to celebrate a great Man. Celebrate a man too generous to a fault. Helen had waited to greet you; she had waited to join hands with you to give her beloved husband the right and befitting last outingand the one we all know he deserves.

Yet you did not do that. Instead, consumed by jealousy, you removed your mask and revealed the real you and unleashed what you thought would be the calumny brewed in the dark corridors of those with greedy minds. You tried to unhinge something that you did not create. Something you never created. You deeply scorned another woman,who, as God would have it, created happiness for her husband. Why? Ask yourself why? Why would you choose the savage path when the alternative and dignified path was yours, so easily to take?

Dr. Tosin Ajayi has been buried just as Helen had wanted and fought so hard for. He was buried with the minister presiding over the affairs just as he had wanted. His daughter spoke of her father with her head held high and whilst her voice may seem choked and teary, her tears of joy, tears full of pictures of smiling happy faces, tears full of whispers of her father’s advice, tears full of dreams and ambitions spoken fondly about when her father was with us. Tears that tell the real story of how her mother fought and battled so that this day, February 11th, 2020 will be her day and will always be her father’s greatest outing. Never underestimate the power of love. 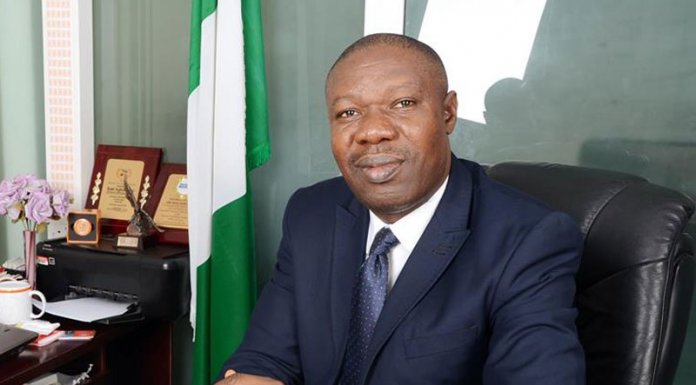