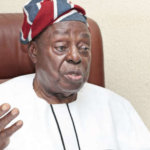 Unuigbe: A Soul that Can’t Be Forgotten 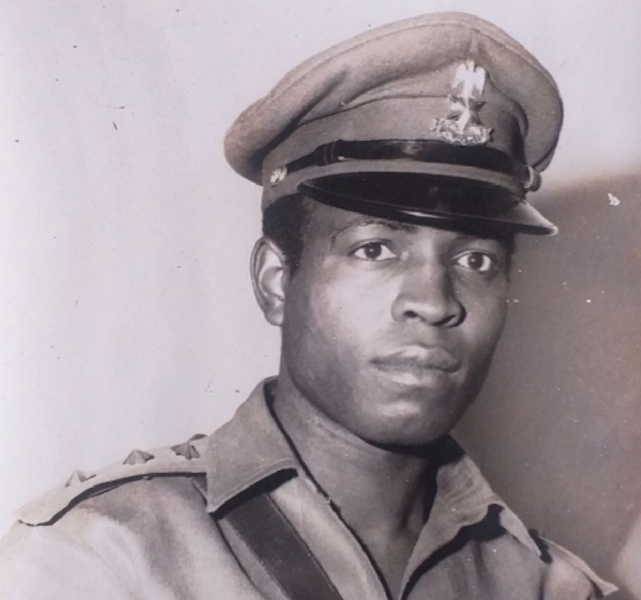 For the Unuigbe family, not even the passage of time will erase the life and times of Colonel Christopher Edorhe Unuigbe who passed on 25 years ago, Davidson Iriekpen writes

Yesterday marked exactly 25 years since Colonel Christopher Edorhe Unuigbe (rtd) died, and for the immediate and extended family, not even the effluxion of time has been able to erase his legacies and memories. Each passing day, month or year, they wished he were still alive. Even though they are aware that nobody lives forever, they nevertheless, did not wish death would steal him away from them so early. This is further exacerbated by happenings around them which have intensified their grief.

Col Unuigbe died on February 11, 1996 at the age of 52, leaving behind his wife, Patience, and five children who though have fully grown up, but still greatly miss their dad due to happenings around them. He also left behind many brothers and sisters.

Admired by both the young and elderly, Christopher or Colonel as he was fondly called depending on one’s generation, died a great man. Perhaps, if he had lived in about 2,400 years ago, he would have qualified for the Pens of Pericles, a chronicling of the great by the great; a scribbling by the best of pens in the land.

Even though 25 whopping years have passed his passing on, his fond memories have not been dimmed by the lapse of time. Although a few other deaths have occurred in the family over the years, losing Colonel was specifically devastating and unforgetable. There often seems to be something that rekindles thoughts of how remarkable his life had been.

Despite the fact that he died young, his life was a strong affirmation of the saying that it’s by no means the number of years one lived that matters but the impact such a person made while alive and the lives they impacted.

Colonel led an exemplary life that proved to be a positive inspiration for everyone that came in contact with him. His generosity was not limited to his immediate family; friends, associates and in-laws had endless experience of his benevolence.

Colonel’s death thus represents a great loss not only to his immediate and extended families but his community. To the extended family, he was a unifying voice that fought doggedly to foster unity. He abhorred disputes and rancour and ensured that every disagreement, especially those that could potentially cause disunity in the family were promptly dealt with.

He believed very strongly and worked towards the education and uplift of every member of his family. He was a pillar. To his brothers and sisters, he was more or less a father; to his children, he was a guardian angel; indeed, to his wife, he was a dependable ally. To his in-laws, he was indeed God sent.

While he was alive, Colonel was a beacon whose light shone brightly on the entire family. His house was a Mecca of sorts; a place where virtually everyone sought and actually found succour. It’s instructive he never despised anyone, but rather drew everybody close and in doing so united members of the family.

Such were the impacts made in people’s lives to the extent that even with the passage of time, words like “if only Christopher or Colonel were alive” still resonates.
His selflessness was evident in the fact that there was hardly anybody who left with a sense of dissatisfaction after having met him. From his meagre salary as a military officer, he tried to make everybody happy. Perhaps the most enduring legacy lay the tireless steps he took in bequeathing a yearning for education in his family. Having benefitted so much from education, which saw him traversing various cities of the world, Unuigbe encouraged members of his immediate and extended families to embrace education. He didn’t merely inspire them to pursue learning, he also paid their tuition. Even on his sick bed when those whose fees he had long borne feared their education would be truncated, he did not disappoint them. He carried on till his last breath. Those he persuaded to school and who refused are today regretting due to how the country has evolved.
In good times and bad, he never lost his capacity to smile and laugh, nor to inspire others with his warmth and kindness. He was admired and respected for his energy and obligation to others, and especially his devotion to the betterment of his people.

Born on May 24, 1944 to Pa Oviosun Unuigbe and Madam Comfort Imoafen, his early life was greatly influenced by his father (alias “De Bala” of blessed memory). He learnt from him the values of being upright, bold, truthful and caring for the welfare of all. Little wonder, then, that these qualities featured prominently in the life of Christopher Unuigbe even unto his death.
He had his primary education at St. Peter’s School, Uhonmora-Ora, and at Christ Church School, Ilaro. Thereafter, he had his secondary school education at Holy Trinity Grammar School, Sabongida-Ora, from 1959 to 1963 and was popularly known as “Chro Unisco.” He passed the concessional examination into University of Ibadan in 1964 and graduated with B.A. Hons (History) in 1968. He became a teacher upon graduation and taught as a senior tutor at Anglican Girls’ Grammar School from June 1968 to March 1971.

He left his teaching job and joined the Nigerian Army as a commissioned officer in March 1971. He held several positions in the Nigerian Army comprising the following: history instructor at the Nigerian Defence Academy Kaduna from 1971 to 1975 and Commandant, Command Secondary School Kaduna from 1984 to 1987, among others. While in service, he returned to school and obtained a Post-Graduate Diploma in Mass Communication from the University of Lagos in 1975. He retired from the Nigerian Army in September 1990.

Upon retirement, Colonel returned to his country home where he established a poultry business. He would later go into politics the next year when the Gen. Ibrahim Babangida administration lifted the ban on political activities. His genial personality and reputation endeared him to politicians in both the Owan axis as well as in the entire Edo North.

First, he pitched his tent with the Social Democratic Party (SDP) where he ran as running mate to Dr. Asuen who eventually lost the party’s ticket to Chief John Odigie-Oyegun who later became the state governor in 1992.
The high point of his political career was when he was appointed the Edo North Coordinator of the Alhaji Bamanga Tukur Presidential Campaign Organisation on the platform of the National Republican Convention (NRC). Shortly after the process was truncated by Babangida, he became ill and never recovered until his passage in 1996.

For those who knew him, his death was quite devastating. But they often found solace in his immense contributions to humanity and the positive impression he made on the lives of those fortunate to have known him in such a short sojourn on earth. It’s one memory that would always linger.

For those who knew him well, no doubt his democratic ideals as a great statesman with a strong voice who could have made a difference especially in these trying times of dearth of good leadership in the Owan axis will always be missed. So is his input in giving his people a very strong voice.

Despite the fact that it’s been 25 years since he passed on, the family is consoled that while Christopher was alive, he lived his life in the service of God and mankind. No doubt in the years to come, he will certainly live in the hearts and minds of all those he touched positively during his short but eventful life.

The fact that Colonel has not been forgotten, 25 years after, speaks volumes of the kind of life he led while on earth and the legacies he bequeathed which would endure for many more years to come.