The Unforced Rhythms of Nancy Isime 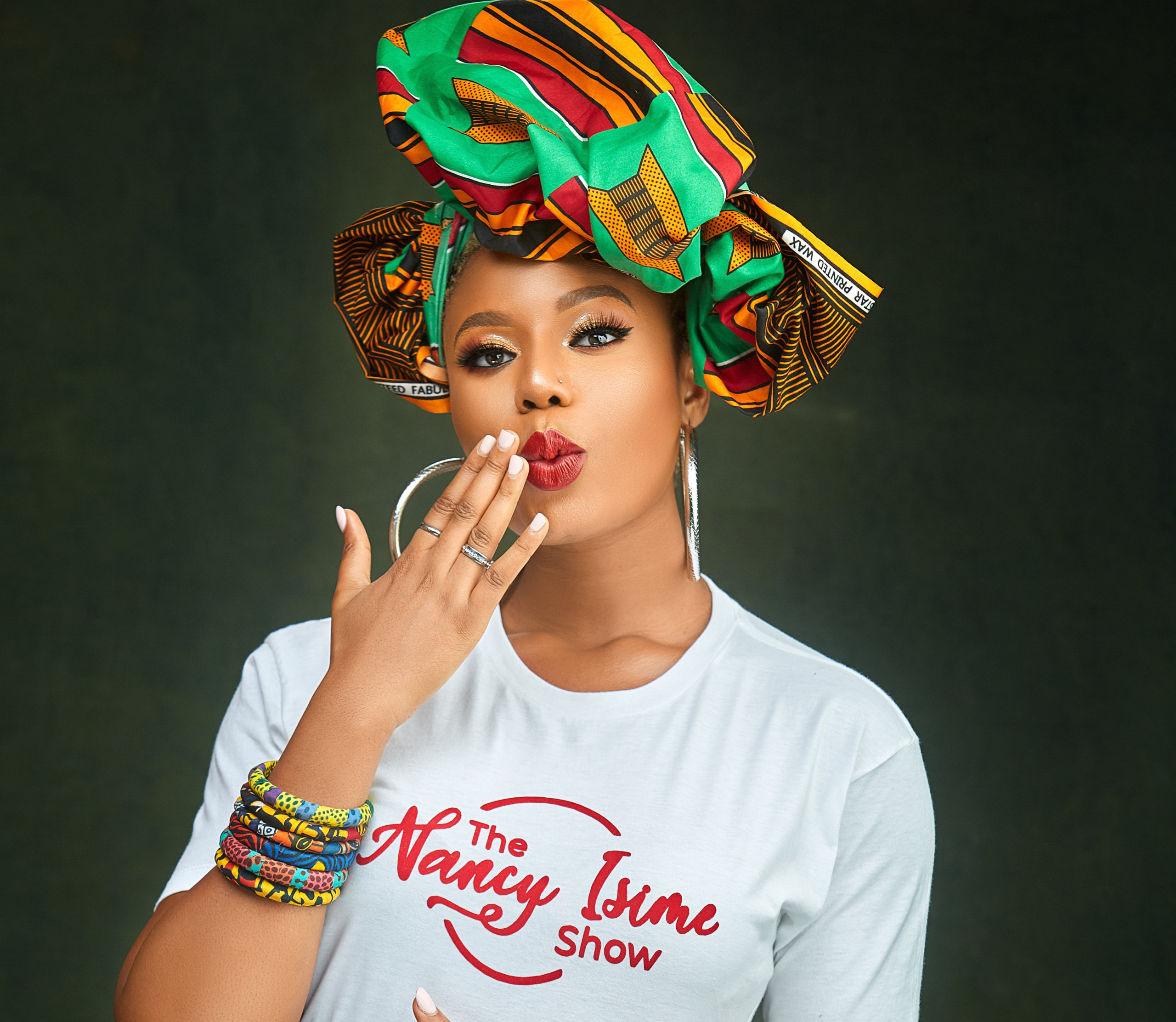 Last year was many things to different people, but for the model, actress and TV host Nancy Isime, it was the year she finally found her wings and now lives on her terms, writes Vanessa Obioha

Nothing about the career trajectory of TV host, model and actress Nancy Isime was deliberately planned. The ideal plan was to get a nine to five job, travel to Canada, get a degree and probably end up somewhere in the corporate world. But by age 17, Isime was on her journey to stardom. She modelled, gained an opportunity to tax her acting skills, became a TV host and now has her own TV show. None of this was achieved through forceful ambition. Rather, the Edo state indigene gracefully went through a life journey to experience growth.

“I never ever anticipated that someday Nancy would be the person everyone knows,” she said over a glass of wine in her home recently.

“People know me by my first and last name. I never honestly anticipated that which is what makes it even more beautiful. The fact that people know me for my work. They don’t know me because of who I’m dating, or some scandalous story, or who I was shading, or because of my wonderful loud mouth or anything else that has to do with some of the stereotypes that people think these days or a reality TV show. They know me basically because of my work as a TV host and as an actor. So, that for me is what makes everything so beautiful,” she said, her eyes twinkling with elation.

Not one to greedily pursue an ambition, the young bubbly actress explained further that all her endeavours were achieved through an unforced rhythm.

“Nothing you see today about Nancy Isime is forced. Everything has gone through a flow process. I’ve never said, ‘Oh, I must be a famous actress.’ Everything has happened through a gradual growth process which is so beautiful. Because you can see these things happen. I’ve been working since I was 17. And I’m only probably getting some kind of recognition between last year,” she said almost in disbelief.

“I like to preach to people to just go through their unique journey of life. Trying to force things sometimes might not work out. But that does not mean that you should take the backseat. Put in the work but allow things to flow.”

Despite her pockets of success over the years, last year was arguably the time Isime came into full bloom. In her words, she discovered the woman she was meant to be.

“2020 was a good year for me. I feel this way because of the growth in my career I experienced. The pandemic affected everybody, my industry, my show was supposed to return last year, everything was generally slow. I had so many challenges but I learned from these challenges. I grew from them. I don’t see challenges as bad, I just see it as an opportunity to level up.

“I just got to a point in my life where I was ready to go through all of the challenges. I didn’t care. I was going to push through, no matter what but still, let things flow. 2020 was a year I discovered self-awareness, self-realisation, and self-love. When you are aware of who you are, you know your limits, you know what you want, you know what is necessary because you’re in touch with yourself.”

By now, you must be familiar with her name. You must have seen her in Nollywood movies, including the recent Nollywood blockbuster ‘Omo Ghetto’. Maybe you recognise her as the host of the 2019 Headies Award or the presenter of Africa Magic lifestyle show ‘Jollof With Me’. Perhaps, you easily distinguish her in a crowd by her signature look: a white-dyed low-cut hair with a distinct curve. Her body is moulded to an enviable height and shape such that most of her fans consider her a goddess. But the 29-year-old never considered herself beautiful while growing up.

“My dad first shaved my hair and I felt like an ugly child,” she said almost in repulsion. “People around tell me I’m beautiful but I never accepted that. That’s the thing with self-love and realisation. You will never feel beautiful until you tell yourself you are, even if everyone says you are, you will see it as a lie.”

Isime has many childhood memories, including the untimely death of her late mother. She died in a road accident and was not discovered on time due to the unavailability of mobile phones at the time. Her death left a void in Isime’s life that even adults around her could not comprehend.

Depression nearly took her life at a young age of 10. The insensitivity of adults to children’s pain made her develop an uncanny proclivity towards the affairs of children.

“I love children so much. People don’t understand how smart children are, how sensitive they are. They think that children don’t know what is happening around them, particularly when a loved one dies. If we really want to change the world, we must start with the children and show them kindness because most adults already had their minds cast in stones.”

Since her 21st birthday, Isime marks her birthday with children. It could be a visit to the paediatric ward in Lagos University Teaching Hospital (LUTH) or a gathering at a foundation. The children are showered with gifts. Sometimes, she extends her benevolence to their tuition bills. All of these are kept away from the media space.

There are few rules Isime live by. First, she is a loner because “It keeps you away from the drama and allows you to focus on your journey. I really enjoy being alone, and if you love and care about me, you’ll understand this part about me. You will understand that I’m more creative, happier and at peace with myself. Yes, I can accommodate everybody else that I love and care about, but don’t expect to be frontline in my life. I come first,” she stressed.

Secondly, saying ‘no’ is not an uphill task. “You can’t drag me out of my house if I don’t want to come out of my house. People find it hard to say ‘no’. I have no difficulty at all,” she stated firmly.

Thirdly, she is not interested in people’s potential but who they are. “I don’t take people for who they can be. I don’t tolerate it. Show me who you are then I will decide if I can accept it or not.”

As she basks in her new self-discovery, Isime is excited that the new year would see her show return to the small screen. Initially scheduled for 2020, the second season of The Nancy Isime Show was postponed due to the unprecedented pandemic. However, it allowed her to return to the drawing board, make changes and ensure that the second season would be of the best quality and more entertaining. Already, fans can expect to see celebrity guests such as music producer Don Jazzy, Nollywood actress Kate Henshaw, female music stars Omawumi and Waje on the show.

For Isime, her show is one vision of hers that excites her. An avid viewer of American talk shows such as The Oprah Winfrey Show, Ellen DeGeneres Show and The Wendy Williams Show, the TV host disclosed that the idea to have a talk show incubated in her mind in 2017. She started fleshing it out in 2018 and by 2019, the idea became a reality. She prides herself that the Nigerian TV landscape hardly boasts of shows like hers. The dearth of talk shows on Nigerian TV can be attributed to many factors but for Isime, the most critical is the shifting consumption habits.

“People hardly watch TV nowadays because of the internet. There is YouTube, Netflix, and so many digital platforms. But there are certain shows like mine that are meant for TV. Not for YouTube. It almost seems like the TV culture is dying but it will surely pick up.”
With the return of her show scheduled for February, Isime is ready to have a good time with her fans, including you!